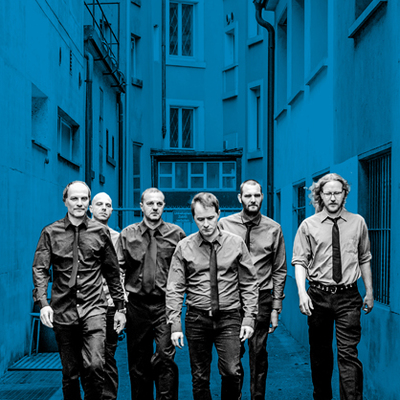 Funk, Bern – OUT NOW: https://itun.es/ch/gxy18 -- BOMB ALERT is the latest offering by the Biel/Bienne, Switzerland-based band THE LOVEJOYS. The title track,... Read Biography

OUT NOW: https://itun.es/ch/gxy18 -- BOMB ALERT is the latest offering by the Biel/Bienne, Switzerland-based band THE LOVEJOYS. The title track, BOMB ALERT, an original composition in the Afrobeat style, is about a bomb threat (perhaps carried out) in a disco. ONE WAY GLASS is a Manfred-Mann number from the late sixties. Its conclusion is a reminiscence on the improvisations of Eddie Harris, whose composition DON'T YOU KNOW YOUR FUTURE IS IN SPACE comprises track three, itself concluding with some retrofuturistic space-age psychedelia. The fourth piece is Alice Cooper's WELCOME TO MY NIGHTMARE. Cooper was a guest on the Muppet Show, and the arrangement performed here draws on the version he played then. Guest appearances by the local Rock'n'Roll singers MARTIN BUCHER and RENE "GUITOL" TRIPONEZ. The fifth number SATAN (666, THAT'S MY NUMBER) is a voodoo-delic and dark Rhythm'n'Blues instrumental, and the second original composition on the album. A much earlier shade of George-Clinton-Funkadelic flavor is found in the track to follow, ALICE IN MY FANTASIES. And finally, another psychedelic bit of funkrock in TWO SISTERS OF MYSTERY, a Mandrill composition iconically sampled by Public Enemy.
The album BOMB ALERT's worldwide release by Langusta Recordings is on July 31st, 2015. It was recorded over the first half of 2015 in Biel's GLORY HOLE STUDIOS and mastered at TONZENTRALE.