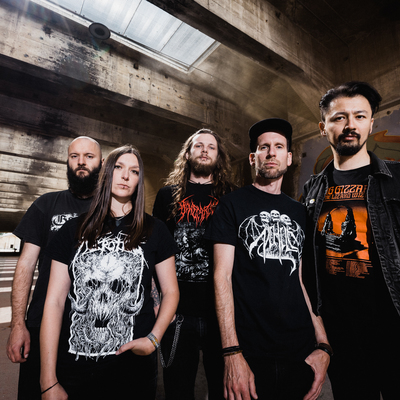 Metal/Punk, Metal, Bern – The Artifice was formed in the fall of 2005 by guitarists Leandro Delmastro, Adrian Clough and bassist Florian Keller after they had joined a... Read Biography

The Artifice was formed in the fall of 2005 by guitarists Leandro Delmastro, Adrian Clough
and bassist Florian Keller after they had joined a previous band
had met. Shortly thereafter, drummer Michael Wittwer also joined. The music
became increasingly harder and technically more demanding, which is why numerous member changes
(as a result of more or less voluntary) affected the initial time of leaving the band.
Since Mike Wittwer decided at the end of the noughties that he wanted to act as the band's singer again,
lacked a permanent drummer for a long time. For the bassist's bachelor's diploma concert
Florian Keller, who was busy at the jazz school in Bern at the time, was able to play the Bernese drummer
Christian Schönholzer who decided after this memorable performance
stay.
In autumn 2019, singer Mike Wittwer left the band for personal reasons. after one
Meeting with Florian Keller, coincidentally seamlessly with Christian Wendland and a little later
Katharina Koch the vacant position. With these two younger vocalists, that gets over
The Artifice's band sound, which has been consolidated over the years, takes on a new character.
Until the release of their first album "The Artifice" in 2016, the band only performed about
once, since all band members were already active in other projects and one in the
manageable local metal scene could not really foot fair. This will change after
Release of "The Artifice": The band is now a popular act in the
Swiss metal scene, even if not very well known. Local music fans are always
again enthusiastic about the skills of the individual band members, their interaction and the
sophisticated songwriting of the band. With the new album "Nuclear Winter", which will be released in early 2023, the band will make their
Consolidate their place in the scene and increase their importance.

Registered since about 1 month
Last login on 7 July 2022