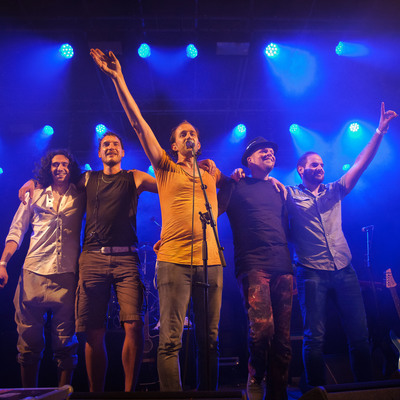 Their name may surprise some: THE BIRTHDAY GIRLS consist of five guys from five different countries (Austria, Chile, England, Germany, Turkey) – and not a sweet girl in sight apart from fans in the audience.

The Zürich-based band combines their disparate cultural and musical backgrounds into a unique fusion of indie rock and indie pop, ranging from stomping rock anthems to more subtle ambient tunes.

Founded in 2010 in a Kebap shop in the red light district of Zurich, the band has played more than live shows by now. In 2012 THE BIRTHDAY GIRLS found themselves taking the Rock Highway competition’s 1st prize and a few months later won a slot to play on stage at the prestigious Swiss Gurten Festival. In January 2013 they were selected by the world famous BBC Radio from a talent pool of 90 000 bands and got the chance to travel twice to the UK for a live session and interview on air.

Their latest album "Distillates of Ackerwis" is available on all platforms since April 1, 2016. They are "SRF Best Talent" of April 2016.