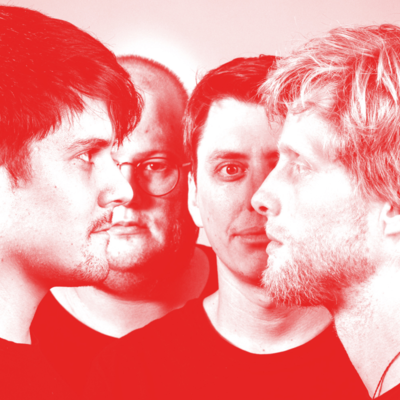 Metal/Punk, Metal, Fribourg – There’s obviously no coincidence about the fact that The Burden Remains decided to call their newest album «fluid»: The band has many ties to the... Read Biography

There’s obviously no coincidence about the fact that The Burden Remains decided to call their newest album «fluid»: The band has many ties to the element of water, be it in the artistic self-perception or in the concept of their work. First of all they are not prone to stagnancy – ever since the Metal of their salad days, the palette of musical styles, the willingness to experiment as well as the art forms they associated with steadily kept growing with every project and resulted in something that’s hard to grasp within established notions. But something was similar during all these years: The urge to create something sublime, special and peculiar – and in doing so trespassing every border between genres or art forms without any hesitation if necessary. In this respect it is not surprising at the least that «fluid» contains many new musical elements as well: Vibraphone and Synthesizer enrich the dense Post Metal landscapes – oscillating between transcendent and explosive – that became a trademark for the band.

In light of those ever-changing musical endeavors it seems coherent that the lyrical themes do not settle for the dusty Metal clichés neither. The Burden Remains challenge themselves to engage in bigger themed concepts dealing with the fundamental philosophical questions of the human condition: «fluid» takes it’s listener on a journey through different dualisms that shaped and shape our society and our individual way of thinking through the axiomatic claim of a polar worldview, heading for the ultimate question whether those assumptions are just – or just arbitrary pretentions.
The lyrics are written in Swiss German, which describes a multitude of Alemannic or German dialects that differ a great deal from region to region, therefore rendering the contradiction between «my language» and «their language» useless because it is at the same time part of an exclusive and excluding identity as well as part of a bigger linguistic context – the language seems to fit the thematic of the album rather well because it comes to show that reality is more complex than what we can extract from our error-prone perception and decipher with our preconception-ridden minds…

The project was realized as a co-creation with a film crew as a work of art the incorporates different forms of expression: The album is accompanied throughout its whole length by a film, depicting the concept about duality in a visual and symbolic manner. Music and film are in a constant act of communication: At times, the soundscapes swell, and the film defers the lead to the music – sometimes it is the other way around, and the power of the imagery demands its space, thus channeling the music to the background. In this way, music and film are in a constant dialog that will provide many intense live shows, as the premiere at Bad Bonn Kilbi 2019 has already proven.

2018
Release of the video clip «The Sculptor» in February

2004-2010
Several shows in Switzerland
Release of a Demotape, an EP and a Live-DVD

Registered since about 6 years
Last login on 26 September 2020