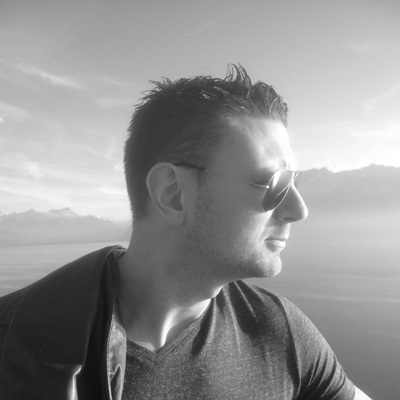 Electro, Vaud – "The Dear Computer" (TDC) was revealed to the public on January 31st 2014 coupled with the release of his first album "Rebellion". This... Read Biography

"The Dear Computer" (TDC) was revealed to the public on January 31st 2014 coupled with the release of his first album "Rebellion".

This initial opus of 13 titles is a mix of real guitars (played by TDC) and electronic music. It is under the influence of electro, rock and ambient music.

On September 4th 2014, he released the album "Sound Identity" in collaboration with Damon Irving for the launch of "Swiss Monachy", the new stylish and fashionable pret- a-porter collection of famous fashion designer Jean-Luc Amsler. Jerry Hall being the Patron of this brand.

The "Nosce Te Ipsum" EP of 6 titles was subsequently released on February 10th 2015. The piano compositions were played by his girlfriend. The sound is smoother and the ambience is more zen.

The Dear Computer was also composed of "movie soundtrack" style-titles. Nonetheless, he as well signed the soundtrack of the short movie "Interception" of a young but rising star film director Luc Maridor.

February 29th, 2016, takes out the "album" Lux Aleatoria "" in a more experimental electronic style, in the random touches, sinks and lit by guitars plants.