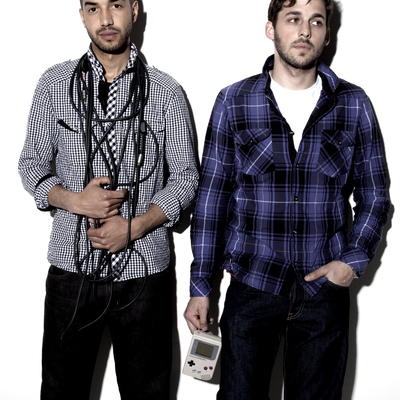 Funk, Bern – The Gamebois received their first national attention after last years win over seasoned opponents in the ‘Urban’ category at the DemoTapeClinic... Read Biography

The Gamebois received their first national attention after last years win over seasoned opponents in the ‘Urban’ category at the DemoTapeClinic competition hosted by M4Music. This win immediately lead to regular airtime on Swiss national radio stations DRS 3 and Couleur 3. Their first release "If I ever”, off the Homonymous album, was played daily on many stations. Their first single "Get High (on you)" also plays regularly on DRS 3 and several other Swiss radios. It is no surprise that The Gamebois are already in the airplay charts after just a few weeks.

The Gamebois first album entitled "If I ever" was released May 16, 2008. An exclusive video clip can be viewed on Viva, the one and only Swiss music TV and also on YouTube.

This success is even more remarkable considering that the Bernese singer, Benjamin Kasongo and the producer, Fabio Friedli have only been working together for a mere 2 years. Kasongo aspired to be a professional soccer player with the Bernese Young Boys. He played with the team until his music took center stage at the age of 20. His previous band "Black Milk" brought him to the hometown of Fabio, who spontaneously gave him one of his instrumental CDs that he was always carrying with him. It soon turned out that his beats went well with Benjamin's voice and they decided to continue under the name ‘The Gamebois’.

It's not immediately noticeable in their music but they are both influenced by Hip-Hop. Alternately, they've also always been interested in Soul and Funk, like Otis Redding, Percy Sledge and John Frusciante. The Gamebois can't be pigeonholed easily. Asked about their genre, The Gamebois respond, "We don't want to fit into a certain category, we just simply do our sound. If you call it Pop, then it's Pop; if you say it's Soul then it's Soul. It doesn't matter in the end. The music itself is important."

"If I ever" was release under the label equipeMusic and is distributed by Musikvertrieb. For further information or bookings please contact:

or visit our homepage: www.gamebois.ch