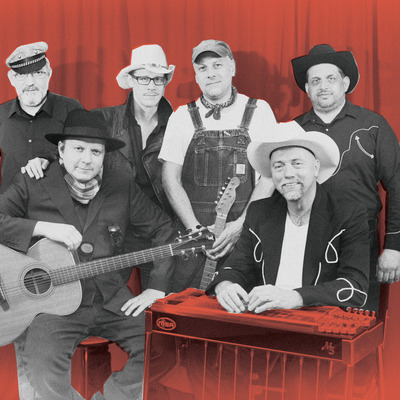 Folk/Country, Folk, Bern – „Junco Partner: The anthem of the dopers, the whores, the pimps, the cons. It was a song they sang in Angola, the Louisiana state prison farm, and... Read Biography

„Junco Partner: The anthem of the dopers, the whores, the pimps, the cons. It was a song they sang in Angola, the Louisiana state prison farm, and the rhythm was even known as the jailbird beat...“

Somewhere between light-footed country rock, viscoelastic New Orleans gumbo, joyful calypso and break-away jail ballads, the only band which is cooking such a hot spicey gumbo is - THE JAILBRD BEAT!

In their past they’ve all been up to fun and mischief in country, bluegrass, folk and rock'n'roll music: Magot, for example, plucked his way through Europe on his bass with bands ZENO TORNADO & BONEY GOOGLE BROTHERS or THE DEAD BROTHERS (Voodoo Rhythm) as well as SLAM & HOWIE, DELANEY DAVIDSON or MENIC, to name but a few.

Lead singer Otis Bluetrain spent a long time on ska with the acclaimed VENTILATORS until he went Cash style with THE TENNESSEE FOUR. Two former members are now part of THE JAILBIRD BEAT: the swashbuckling Rico „la guitara inflamable“ and Marty O'Horny, on drums, who is seldom at a loss for a beat. They also went places with the TUMBLEDWEEDS.

And there's Jimmy on the piano as well as on the same accordeon he used to play for the beloved MIDNIGHT TO SIX! And last but not least, Andy Gator: so much country sound is rarely united in a single man. Inextricably joined to his pedal steel guitar, this hunk of a cowboy spent 15 years with the HONKY TONK PICKERS.

THE JAILBIRD BEAT is a hot gumbo, it seems - and word-of-mouth is travelling beyond the scene...