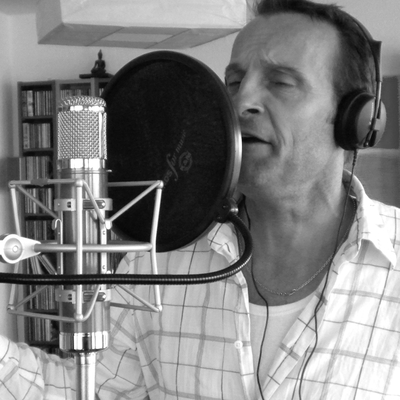 2011, The MAD LIGHTERS celebrate 20 years of musical activity and seize this opportunity to introduce a program retracing the adventure initiated 1984 under the name of the Heart Beat Band featuring RICO.
First Reggae band in Switzerland, the Heart Beat Band was created 1983 by Anton and Cristina Lubello, respectively bassist and keyboard player, alongside with Phil Santschi, at the lead vocal and the drums.
During a trip to JA 1987, in Kingston, they meet Rico Rodriguez, the legendary trombone player, who accepts their invitation to come and play with them in Switzerland. He arrives March 1988. This certainly proves to be a turning point for the Band who will learn a lot. Indeed, with his fine ear for melodies and his fabulous sense for arrangements, RICO adds the final touch which will be characteristic of the band’s sound.
An album is produced, followed by a European Tour (The Heart Beat Band feat. Rico “Crossroads”, with the hit song “Can’t stop Rudie”, 1988, Mensh Records).
New family activities unfortunately cause the Heart Beat Band to cease it’s activities. However, with the arrival of Daniel Spahni on the drums, a tribute band named SKAJAM is set up by the Lubello’s. SKAJAM used to joyfully ramble through the repertoire of bands such as the Skatalites.
With the return of Phil and the renewed collaboration with RICO, a new band called
The MAD LIGHTERS is born.
The first CD, “Play On Mister Music” (1991), is produced shortly after (published in the USA under the name “Skatown”), followed by “Shine” (2000) with RICO and “Freedom Call” (2003). The latter two albums are both mixed by Mad Professor (Ariwa Sound, UK).
2010, The MAD LIGHTERS published “Move On” which features in particular Vin Gordon (tb) and RICO (on lead vocal) for the first time ever on the same record.
The “best of” which constitutes this “jubilatory” program presented to the public this year could be described as follows: footsteps on a path evolving in parallel to the stylistic evolution of Jamaican music – Indeed the repertoire you will get goes from Ska to Reggae and Ragga, without forgetting Calypso, Rocksteady, Steppers and Dance-hall !
Personnel
Phil Santschi (Lead vocal, percussions), Anton Lubello (Bass), Cristina Lubello (Backing vocals and percussions) Daniel Spahni (Drums), Didier Landolt (Guitar), Claude-Alain Biedermann (Keyboards), Fred Letté (Saxophone), Fred Stalder (Trompet)
Optional:
Vin Gordon (Trombone), Internal Dread (Dub mixing)