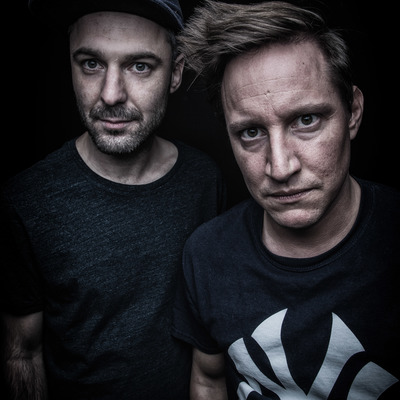 Future Funk, Bern – The Niceguys – producers and DJs who have captivated the hearts and souls of night owls with their unique mix fusing Future Funk, HipHop and Bass... Read Biography

The Niceguys – producers and DJs who have captivated the hearts and souls of night owls with their unique mix fusing Future Funk, HipHop and Bass Music. For over a decade, The Niceguys have been getting many a party started with their downright original beats and remixes and garnered the respect of their peers.

With the release of their EP "King Of The Street" featuring Leo Napier, Greg Blackman and Prop Dylan on the Canadian record label Westwood, numerous free downloads and several releases on the UK labels Ghetto Funk, Bomb Strikes and Jungle Strikes they have caught the attention of the contemporary music scene.

As the most frequently booked Swiss DJ team they have been professional musicians for ages. Over the course of their career they have shared the stage with renowned acts such as Gang Starr, A.Skillz & Krafty Kuts, Eskei83 and many more.

Pure genius behind the decks, The Niceguys are cutting block rocking beats with their hand-crafted skills. Since their beginning they embellish their sets with their own remixes and mash-ups to provide for a unique twist. All of this is shown in their annually published mix series „Beats On Decks“, which deliver pure funk influenced by classics and the freshest trends of the current music scene. Meanwhile their mixes get international attention and support.