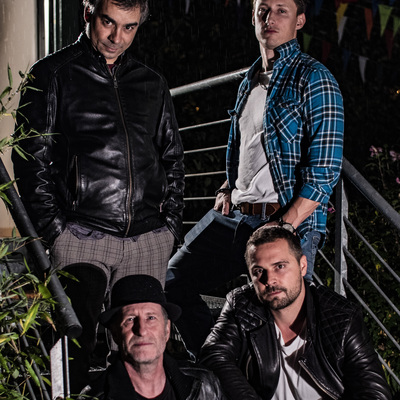 The Ragtag Roots are a Zurich-based rock band comprising of Jan Hofmann (vocals/guitars), Philipp Heer (drums), Pablo Allende (guitars), and Karl Balatti (bass). With a cross-cultural heritage spanning 4 different countries, and with band members across a variety of age groups, the band’s influences are as wide and far-reaching as one would expect.

At its core, The Ragtag Roots flex an aura of positivity that shines through in their uplifting and powerful tracks. The band puts storytelling as the centerpiece of their music, unravelling tales of relationship struggles, growing up, and facing your inner demons. Their propensity to connect with their audience through this gravitas of relatable themes and captivating performances are what glues the bonds of The Ragtag Roots together, and also what keep audiences coming back for more.

Forming in 2014, old work friends Jan and Philipp reconnected after some time away from each other. Pablo, Jan’s former guitar teacher would join soon after, and their bassist, Karl was recruited by way of the traditional “bandmate needed” advert.

Their debut album ‘Along The Way’ was released during the summer of 2019, and received critical appraise from independent publicists. Eric Apler exclaimed that the band’s sound is likened to “a fuller R.E.M.”, and went on to place their song ‘On The Tracks’ on his Spotify playlist.

Join The Ragtag Roots, and let them take you on an authentic experience reminiscent of driving down the California coastline over a picture-perfect sunset, looking out the window and wondering; just imagining what days ahead could bring. These are their stories.

Registered since over 6 years
Last login on 11 February 2020