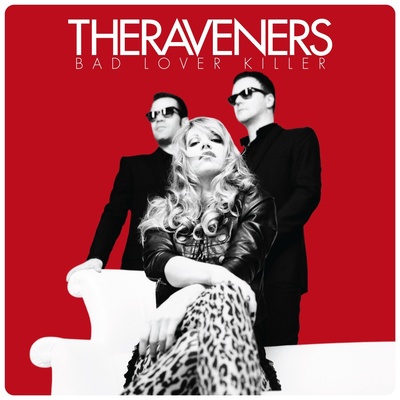 Rock, Zürich – The Raveners The Raveners derive their name from the word ‘ravenous’, and they certainly know how to wet the appetite. Formed in October 2007,... Read Biography

The Raveners derive their name from the word ‘ravenous’, and they certainly know how to wet the appetite. Formed in October 2007, their single ‘You Gotta Swing’ was a hot favourite on all the radio stations. Lead singer Jessy Howe is a hot property, too; her playful, dusky voice, reminiscent of a blues singer in its maturity, is in striking contrast to her delicately provocative appearance. Bligg is also a fan of Jessy’s distinctive voice; she can be heard on the song ‘I’d Kill For You’ from his current album, also released as a radio single.

Long before The Raveners even had a record deal, let alone an album, the Swiss radio station DRS3 was already raving about their song ‘You Gotta Swing’, simply because it loved the track. With the support of their record label Musikvertrieb, The Raveners released an album of potential hits in 2009, along with their first official single, ‘Boy You Wanna’. Both were an immediate success, making it into the TOP100 album charts and the TOP40 airplay charts respectively.

Silversonic Records helped them to release the album in Germany on the H’ART label. In early 2010 their follow-up single ‘You Gotta Swing’ was picked up by more than 20 German radio stations and made it into the German college radio charts.

Following a successful tour, with live performances in Switzerland and Germany (Montreux Jazz Festival, Blue Balls Festival, Popkomm Berlin etc.), the Raveners are now working on their second album, Bad Lover Killer, to be released on 17 February 2012. This second album represents another big step forward in musical terms for the band around singer Jessy Howe, guitarist and producer Chris Muzik (former guitar player of Bligg, Adrian Stern) and bassist Géza Burghardt (former bass player of Crank, Adrian Stern, Dada Ante Portas). The three Raveners have opened themselves up to new creative ideas and influences, and the result is a distinctive mix of dance, electro, funk, soul, jazz, and rock. They are supported on stage with drummer Chrigel Bosshard and keyboarder Adriano "Rega" Regazzin.

The Raveners themselves say: “We can’t wait till the 17 February 2012. That’s when our second album, Bad Lover Killer, comes out. The music is still in the notoriously provocative, rocky Raveners style. We were particularly inspired by subtle, sometimes unusual sounds. The new songs deliver a more intimate, otherworldly feel. Making music has taken on a new meaning for us.”
For example, many of the lyrics were written while Jessy was meditating which in return influenced Chris’ production in a progressive direction. Occasionally Jessy’s lyrics and Chris’ beats even when composed individually somehow just blended together to form a coherent composition.
One of these miracles can be heard in the follow-up single ‘Kill The Beast’ - a delicious little number, carefully concocted to delight your hearts and ears and make you even more RAVENOUS!

Registered since over 14 years
Last login on 18 December 2012