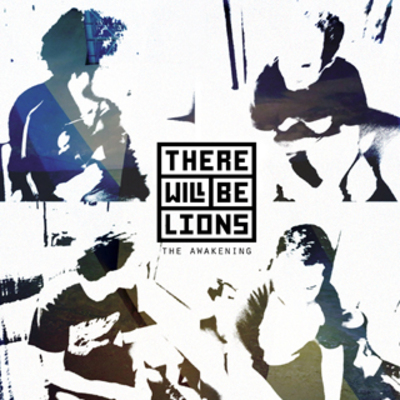 There will be Lions

Rock, Aargau – There will be Lions is a band from the North-West region of Switzerland. The band’s name comes from the Latin phrase “hic sunt leones”, which the... Read Biography

There will be Lions is a band from the North-West region of Switzerland. The band’s name comes from the Latin phrase “hic sunt leones”, which the Roman and middle age seafarers used to name regions of unknown territory on their exploration maps. Since 2009, Pat Hargreaves (guitar and vocals), Michael Bietenhader (bass guitar), Bryan Smith (keyboards) and Linus Fischler (drums, 2016) have been exploring the land of rock music and attempting to discover its new and uncharted regions. In their packs they have nourishment from their music idols of days gone as well as from the present. There are no egos in the band, no plans for world domination or destruction, There will be lions simply want to write brilliant and remarkable music from their hearts and drive it right into the audience’s soul.

The first Demo EP, “Lazy Automatic” released in 2011 was labelled as “Strength of a Lion” by Radio X, Basel, while their live performances also impressed at various band contests (Rocknight 2010, MyCokeMusic Soundcheck 2011 and Emergenza, 2013). Music critics from Emergenza explained their music as somewhere between Franz Ferdinand, Incubus and Wolfmother.

At the end of 2013, their second EP “The Awakening” came into the world. The EP was recorded and mixed by Serge Krebs (WW6 Studios) and mastered by Dan Suter (Echochamber). Radio SRF Virus said the song “Down on you Luck” was like an “Energy pill”. The 7 song EP is available through all online download and streaming platforms, and the CD is of course available at all of their live shows!

After an electrifying club tour through North-West Switzerland and Southern Germany, the band decided to pick up their acoustic instruments, collected a few musical friends Ronja Rinderknecht (cello), Reto Surer (trumpet and harmonica,) Vanessa Finzer (vocals), and began arranging and rehearsing their songs for an unplugged musical experiment.

In 2015, the song “Sick Satellites” was released on the “Trinity Garage Compilation” Vinyl-LP from the artist Koostella. The LP presents a selection of bands that played during the last 3 years at the Trinity Sessions in the legendary Punk/Rock venue Hirscheneck in Basel.

In June 2016 the band lost one of the founding members and drummer, Chris Barca. After a long auditioning phase Linus Fischler was chosen as the new man on the drums. In March 2017 their new single “A Prime Mover” will be released on the “The Origin of Music Vol. II” sampler from the label 36zwei.

Registered since about 9 years
Last login on 12 February 2017