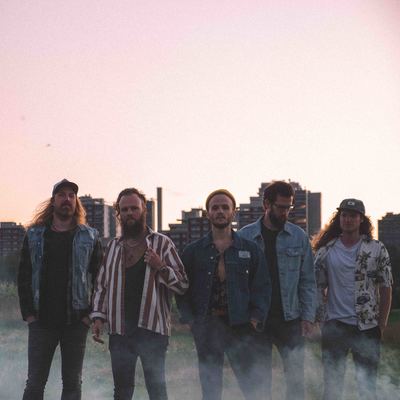 Rock, Bern – In 2011, Samuele Zanella travels to Australia. To explore the country and expand his own language skills. The desire to be able to create music has... Read Biography

In 2011, Samuele Zanella travels to Australia. To explore the country and expand his own language skills. The desire to be able to create music has been in his heart for a long time at this point. In Sydney, he meets numerous songwriters and learns from them how to put melodies on paper, what the structure of a song can look like, and how to go about writing lyrics. With this new talent under his belt, he returns to Switzerland where he has been living for six years at this point. Samuele grew up in Rome together with his two younger brothers, born to a Swiss mother and an Italian father. All brothers moved to Switzerland for their education.
But the time is not only ripe for their own personal new beginnings but also for the formation of their first band. Samuele and his youngest brother Mattia soon find like-minded people - in 2015 The Two Romans start off their career. They win the Emergenza Bandcontest 2015 on the spot and are able to perform at the Taubertal Festival in Germany. They release three EPs on their own in 2015, 2016 and 2017.
The releases and numerous concerts attract attention: while working on their first album, they are signed by a well-known music publisher (Schedler Music) and are thereupon extensively employed as songwriters for other artists.
In April 2020, their debut album is released.This immediately enters at number 4 in the Swiss album charts, 9 of the 12 album tracks are played on the radio in all parts of the country and in Germany. National radio SRF 3 chooses one track as "Song of the Day", in Germany The Two Romans are being played by stations like rbb, BR1 and SWR3. The band also quickly make a name for themselves as a live band - since their formation they can already look back on over 150 concerts, including illustrious names such as the Montreux Jazz Festival or the Gurten Festival. The busy band from Thun have big plans - and the prospects are good.