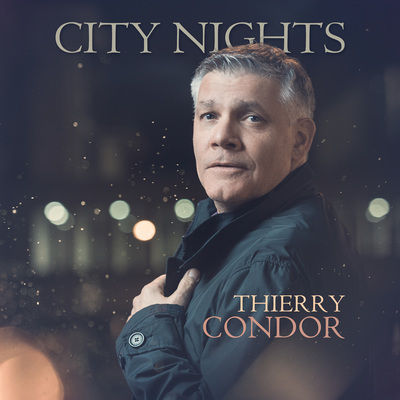 Pop, Aargau – For years, Thierry has been musically active and has in the meantime established an inter-national reputation, above all in the US music scene.... Read Biography

For years, Thierry has been musically active and has in the meantime established an inter-national reputation, above all in the US music scene.

Summary
Thierry Condor has German-Italian roots and lives in Switzerland. He possesses an unmista-keable voice and, as a studio musician, regularly takes part in international productions. While his four previous solo albums contained cover versions, his latest album "City Nights" for the first time presents originals only.

Biography
The German-Italian love story of Thierry Condor’s parents began in French-speaking Switzer-land and the artist grew up multilingual. Later on, he took his birth name as his artist’s one. During his school days, the self-taught musician played guitar, drums, saxophone and a pia-no he had restored himself. Italian songwriters and the Beatles were his constant compa-nions and he developed a preference for songs whose lyrics also tell a story.
Over many professional visits to the USA, Thierry Condor became an enthusiast for West Coast Pop, R&B and jazz. He took singing lessons in Chicago and continued his training after his return to Switzerland at the Jazz School Lucerne.
Thierry Condor is married, a father of four and lives with his family in Switzerland.

"City Nights" Album
Following four studio albums comprised of cover versions, Thierry Condor is now releasing his fifth album “City Nights” – his first original album, co-written by himself and his team. This songwriting team, consisting of Urs Wiesendanger, Bruno Amatruda and Jackie Kavan, managed to give his West Coast Pop compositions that personal touch, which in turn allo-wed Thierry to fully unleash his unmistakable voice and surpass himself in his musical inter-pretation.

Registered since about 9 years
Last login on 15 October 2019