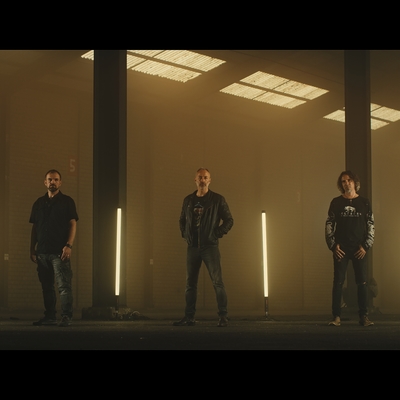 Rodo’s vision was to create fast and powerful metal, interjected with technical and progressive elements. With Rodo’s reputation for being an outstanding musician and an ‘out-of-the-box’ songwriter, it did not take much convincing for drummer Sven Imsand, Bassist Thommy Ambiel and vocalist, Fredy Salzmann to join the new band.

Two songs, Screaming World and Digital Time, were written and recorded within weeks. Already during this processes, it became very clear, that in order to make tHOLA’s music as powerful and heavy as we had set as our goal, we needed a second Guitarist. There was really only one name that came to mind, a guitarist, even though he hadn’t played live in quite some time, who had exactly what we needed, what we wanted, what we were looking for, Patrick Ambord. Patrick, with his very unique style, with his technique and his enthusiasm, was in the band before we had the chance to finish our proposal; a big fat YES, Let’s do it!

Since then, the band was on tour in Eastern Europe, visiting Countries such as the Czech Republic, Poland, Hungary, Romania and Croatia, together with two Swedish Metal bands;
and supported the American band OTEP through Germany, Austria, Italy, France, the UK and Belgium and played several shows in Switzerland.

In May, 2019, the band parted ways with their Singer, Fredy. It was a mutual decision, the main reason being that the band wanted to invest more time, sweat and blood in our music.

We were worried. How and where the hell would we find, not just a replacement, but someone who would front tHOLA, the way we’ve always envisioned with a voice, that matches our unique sound. We flooded the web, filling out countless forms on music boards and not sleeping at all for a couple of days. Turns out, none of this was necessary, all it took, was one phone call; a phone call, to the one person, we were looking for, Mr. Thomi Rauch. Thomi was and is, exactly what we were dreaming of, what we wanted. Thomi’s voice blew our minds right away and even though, most of our ‘looking for singer’ ads haven’t even been activated, we stopped it all, because, we had our Man.

With Thomi fronting tHOLA, there is no stopping us and trust me, hear us, see us, experience us and you know what I mean.

Registered since over 1 year
Last login on 23 November 2021