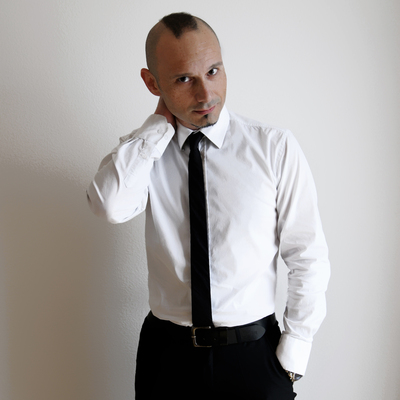 TIBERI is a young and talented musician and singer songwriter. He was born and grew up in Switzerland, his parents are from Italy. Only 9 years old he started to play trumpet and was part of a group for several years. With 14 he started to play electric guitar as well as keyboards and soon founded his own band "VIP". He started writing, arranging and producing his own songs. TIBERI had numerous live performances and had been the opening act of Lou Bega, Donatella Retore, Eiffel 65, etc. His strong live presence, his personality and expressive voice as well as catchy songs did not miss their effect on the audience. With „Dentro Me“ TIBERI presents a highly versatile album. He could rely on an excellent producer team: Urs Wiesendanger who also worked for DJ Bobo, Bligg, Nubia, Carmen Fenk and many more, Sergio Fertitta who had already several chart successes (Snoop Dog, Coolio, Shaggy, Gianna Nannini, Patricia Kaas, Preluders, Yello, Nina Hagen, Michael von der Heide etc.) and Xavi Puix who worked with big Spanish stars like Lluis Llach, Ultima de la Fila, José Carreras, Paco Auilera etc.) On „Dentro Me“TIBERI recorded besides his own songs Olivia Gray’s hit „Raining in my heart“ as well as another song by her, „Complici“ with which Italian’s Superstar Milva had a huge hit. TIBERI recorded a beautiful duet with Valentina in Italian and Spanish which will give you shivers down the spine. „Toky Girl“ is another very dancy track with a hypnotic groove and the Spanish „Melocoton“, a catchy latin-pop-song which will probably be loved by all Djs. The album offers a great variety of musical styles, arrangements and feels which goes from Pop, House, Dance and Latin to melodic ballads.