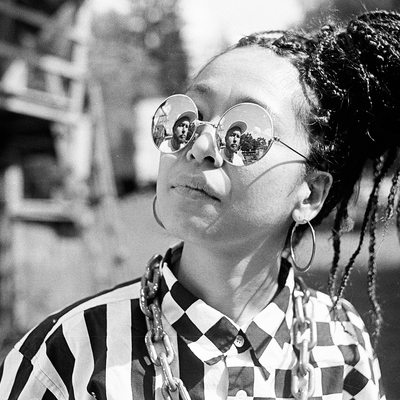 Pop, Zürich – Tim and Puma Mimi – The quirky electro duo from Zurich and Tokyo. Indeed Tim pulls out his cucumber in the middle of the concert and pricks it... Read Biography

Tim and Puma Mimi – The quirky electro duo from Zurich and Tokyo.
Indeed Tim pulls out his cucumber in the middle of the concert and pricks it with two electrified needles
and the cucumber produces archaic electro sounds. Mimi tunes in with “I feel good” respectively “I feel
gurk”, bouncing about as if the cucumber had an exhilarant impact.
Though we need to move back into the year 2003:
Tim and Mimi met each other at an old-school Santa-Claus-Party in Utrecht/NL, where both of them
studied. After a three week musical excess, Mimi had to return to Japan and Tim put four songs on the
Internet. The songs zipped through the net and found ears of concert promoters.
As Mimi had a job in Japan, nearly any holidays and not much money either, they invented Skype
concerts: Mimi sang live from her kitchen in Tokyo synchronic to a live show, that Tim put up somewhere
in Europe. This kind of concert hit the pulse of contemporary culture and newspapers from New York to
Tokyo wrote about it. For three years Tim and Puma Mimi played their gigs only connected by a thin
Internet line. They continued to produce their songs in passing, editing in airport waiting halls,
diminishing their sound-equipment to suitcase size and released two vinyl EPs and a CD that found its
way to the radio stations across the globe. They were overwhelmed by gig and festival requests from
events such as Sonar Electronic Music Festival in Spain, Jazzfestival Montreux or Paléo Festival in
Nyon. Eventually Mimi gave up her job in Japan and started to commute between Japan and
Switzerland in three-month-cycles. By 2011 they had enough of travelling back and forth, got married
and live happily ever after; in Zürich and continue to collect stones.