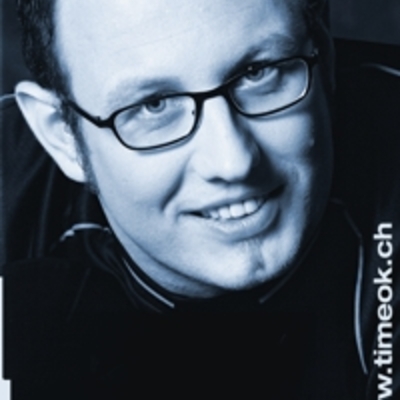 timeok – this name stands for trance music with influences in progressive, techno and breaks. starting in 1992 originally as an acid and techno dj he later found his love in trance. this is big room, hands in the air, take you away style of trance that is loved all over the world.

in the beginning there were only a few small parties timeok played, but as time went by, he soon got the chance to play at more famous places. since 1998 he has been a regular for the annual streetparade. then also played at events like the mainstation in zurich, white wolf event series, explosion events and the mind revolution events. this was also the time when he had his first appearances abroad. he played in germany as well as in spain. and since november 2002 timeok plays as a resident dj at switzerland’s most famous trance club: the oxa in zurich. nowadays he’s still playing there and also had his first overseas booking in 2004 as he was invited to play in canada. appearances in germany’s indax club in frankfurt followed as well as more clubs in switzerland like mad club in lausanne, guayas club in berne and moa club in geneva.

in the year 2003 he has picked up the role of producer. his debut release 'sparkling temptation' was a hit from armin van buuren over rank 1 and precision through to lange in 2003 and it was sitting in the dj charts quite a while and got massive plays. following that with the release of another production titled 'seven floating ways' (also played by most top dj's like armin van buuren, marco v., graham gold, john askew, andré visior and many more...) produced together with top producer andy prinz (astura). both tracks were released with above the sky records which has quickly become one of the uk‘s top trance labels. in summer 2004 it was time for his first cd compilation. world in motion was released right on time for the street parade in zurich through offshore music switzerland. as above the sky closed down in the end of 2004, timeok got a new contract with offshore music (owned by andy prinz). in 2006 timeok moved for 6 month to london and he is promoting offshore europe in the uk. he will release new remixes of sparkling temptation (by germans armas) and seven floating ways (by switzerlands dominik von werdt) digitally through offshore music. expect new tracks to come by the end of the year…