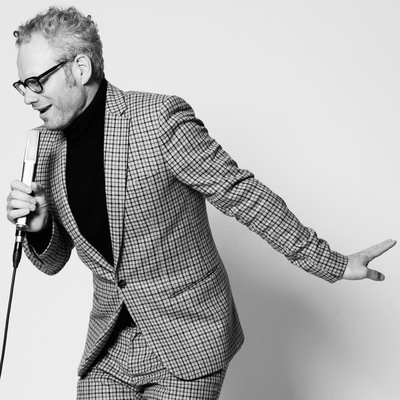 Funk, Soul, Basel-Stadt – Tom Swift, also known as “The Groove Professor”, started as a one-man-band in 2010 with his Loopomatic Groove Circulator. Equipped with a... Read Biography

Tom Swift, also known as “The Groove Professor”, started as a one-man-band in 2010 with his Loopomatic Groove Circulator. Equipped with a loopstation, keyboard, talkbox, and his human beatboxing he spread his Pop, Soul, Funk, HipHop, Reggae Grooves in Clubs in Basel Switzerland. His first album was recorded at One Drop Studios with the help of backing band “The Scrucialists”.
2013 he decided to get out of his lab into the world in style, with his album “Dress Up”. Together with Sound engineer “Sir Ali Bengali” and the band “The Exceptions” they recorded a tribute to retro Soul, Funk and Reggae at Speakers Corner Studios.

Now in January 2020 his long awaited third album “Keeping The Racket Up” is coming out.
Soul in its pure form. Singing about life, love, pain, dreams and disappointments in warm analog vintage sounds played by The Exceptions.
The first single “Snow me in” is the perfect anti-burnout pill for the annual Xmas/ End of year madness. So before you get sucked into a dark whole, take a step back and get a free week being snown in in some chalet in the swiss mountains, far away from everything. Pure peacefulness.

Registered since about 13 years
Last login on 19 October 2022