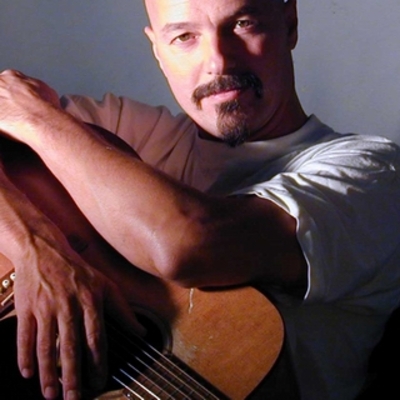 Folk/Country, Folk, Vaud – In the current atmosphere where so many new artists seem to be clones of some media-inspired ideal, it's a refreshing change to run into an oasis... Read Biography

In the current atmosphere where so many new artists seem to be clones of some media-inspired ideal, it's a refreshing change to run into an oasis of originality. Californian Tony Lewis is an original. A gifted singer and songwriter, he avoids current trends as much as he steers clear of tired old clichés, to come up with a very individual style- an amalgamation of the diverse musical genres on which he was weaned: Country, R & B, Rock, Blues, Folk, and even Jazz. He draws on this wealth of influences, creating a hybrid style that ignores the all-too-pervasive practice of building hermetic walls around an artist, enslaving him within a narrow range of material. For those who need labels, this open-minded approach can only be described accurately by the term "American Music".

His songs are short stories containing vignettes of daily life, which true-to-life run the gamut of emotions. Says Lewis "Sometimes you meet someone who completely impresses or inspires you with an unusual life story, sometimes you're taken high up or low down by a relationship, sometimes you're even moved to write a song by the loss of a loved one. Just about everything that affects us on a daily basis can provide a song, although I draw the line at politics, which are anyway totally peripheral to most people's lives"

Lewis can well claim to know something about life, having already squeezed more of it into his 50 years than do most during their entire given span. He left home at the tender age of 15 and began a life "on the road". Since then, he has performed in more than 30 countries on 4 continents, learned to speak 5 languages fluently, and can tell enough personal adventure stories to fill a volume of books, most of which he assures, "would probably be true".

Deciding to pause for a while and attain a few of the goals that had been impossible with such a transient life style, Lewis set down his guitar in 1991 in the middle of Europe- Switzerland. The natural beauty and outdoors sport possibilities attracted him as much as the healthy country music scene. In 1993 he started his group "Tony Lewis & The Shooters" and released the album "Wanted Man". With the following Nashville-produced records, "Another Country" ('95) and "Dancin' On The Edge" ('98) and "Portrait", Tony set a new standard for Country Music in Europe. His latest release is an intimate solo-acoustic work entitled "Naked", again attesting to Tony's exceptional songwriting talent and unique interpretive style.