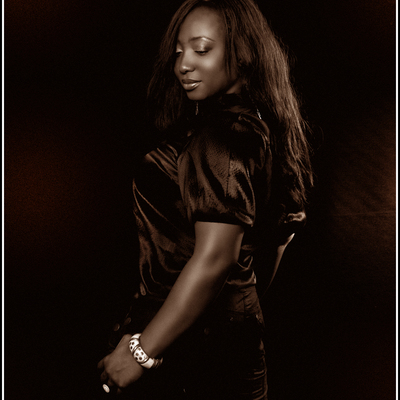 Singer, songwriter poet and album producer, Toyin infuses her love of music into her first album, Structures. Ignoring rules about genres and kicking down established musical boundaries, she serves up a spicy Bouillabaisse of rock, pop, soul, jazz, funk, afrobeat and spoken word in her first opus. Influenced by Fela Anikulapo Kuti, Seal, Sade, Salif Keita, Mariah Carey, Kanye West and Brand New Heavies to name a few, she participated for years at the monthly jam sessions at the Chat Noir, presenting new songs and checking out audience reactions to you. "If they can sing the second chorus with you, it's a hit" is Toyin's mantra. After joining a rock cover band where she discovered AC/DC and Deep Purple and the Rolling Stones, she became a member of the Geneva-based reggae group, Herbalist Crew with whom she released the album Herbalizm. She then took a long break to work on her first album, hiring mixers, learning on the job about how to produce an album all the way to the mastering process. When the album was ready, she kept it to herself- "My precious!!!!" until recently she had a eureka moment and decided that she had nothing to lose and no more barriers from record labels or management teams who wanted everything formatted to fit a specific genre or place her in abox- "You're so jazzy, we'll get blue Note involved". "We need more R&B, you can't do Rock and soul on the same album". Well here goes. In the meantime, Toyin's been working on her second and third albums so watch this space.

Registered since over 14 years
Last login on 3 December 2020