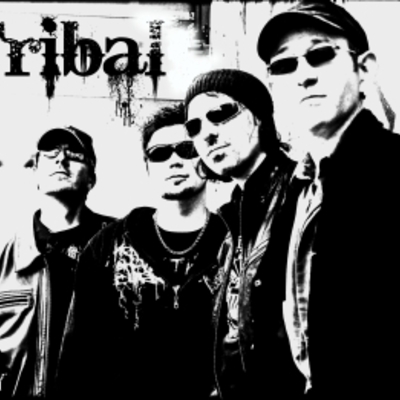 Rock, Zürich – Once Upon A Time... „Rock in all its aspects” that’s how a daily newspaper describes the style of Tribal. In September 2004 Mark Rossi (Guitar),... Read Biography

„Rock in all its aspects” that’s how a daily newspaper describes the style of Tribal. In September 2004 Mark Rossi (Guitar), Greg Bailey (Vocals), Urs Müller (Bass) and Andy “The Animal” Gantenbein (Drums) formed the band and two weeks later they already had their first gig. After the demo version “Feed the Public” and the live bootleg “Live at C4 – the official bootleg” they released their first studio album in November 2005.

With “Cardboard Heroes” the guys produced a varied rock album. Songs like “Feed the Public”, “Free” and “Daddy” let you know that Tribal understand their business. For the melancholic ballad “Daddy” they also produced a video clip.

Although they had very little production equipment and the fact that half of the album is nearly a live CD, there are lots of positive comments from the press. Among others from the German print magazines “Heavy” and “Breakout”. A couple of concerts in clubs and festivals were contested.

2007 the band came back with their promo single “Higher”. Again the press speaks of “first class rock music played on the highest level” (Sleaze-Metal.com). The theme song and the second one “Holy” are very expressive. They reflect exactly what Tribal stands for: Emotional rock! Several concerts were followed by the release of “Higher”. The band played among others as support of Oni Logan (Lynch Mob).

In the end of 2008 after a very intensive pre-production the boys went to the Empire Studios in Germany. They recorded their second Longplayer “Corner of a circle” with Rolf Munkes (Razorback, Empire, Majesty) which will be released on 11. September 2009.

The listener is going to wait for 13 powerfully produced rock songs. “Higher” is coming up in a new version as a digital single with two bonus tracks.

Songs between anger and fragility”.