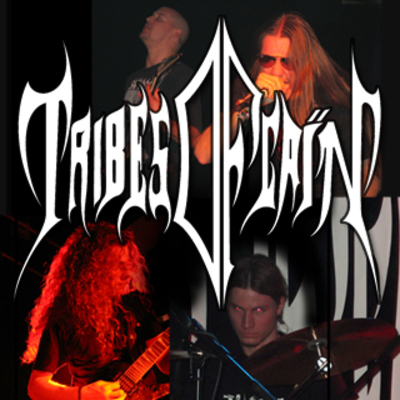 Metal/Punk, Metal, Zürich – Tribes of Caïn gathered back in 1999 with the goal to unleash a unique, intense symbiosis of Black, Death and Thrash Metal. The band’s name... Read Biography

Tribes of Caïn gathered back in 1999 with the goal to unleash a unique, intense symbiosis of Black, Death and Thrash Metal. The band’s name reflects a deep fascination for the unconventional and the unorthodox. So do their exquisite music and the profound lyrics!

Tribes of Caïn released 3 albums, are represented on several compilations and played more than 40 concerts so far. After three years of composing and arranging, the long-awaited third record Retaliation was released on November 1, 2007.

In July 2007, Tribes of Caïn inked a deal with the Swiss extreme metal label Fastbeast Entertainment, which is thrilled by the new material. On Retaliation the band releases a storm of harsh though melodic black death metal. Expect 60 minutes of mighty high-speed blasts, gloomy midtempo parts and deviant melodies. The sophisticated graphical concept unfolds on the full coloured digipack and the 16 page booklet. Retaliation was mixed by Jochen Sachse (Pink Cream 69) at the HOFA-Studios in Karlsdorf, Germany and mastered by Peter in de Betou (Opeth, Amon Amarth, Dark Funeral, Hypocrisy, ...) at Tailor Maid Production in Stockholm, Sweden.

Registered since about 16 years
Last login on 27 January 2008