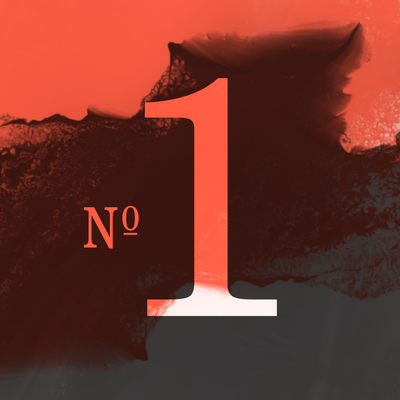 „Still fucking hungry!“
The post / math rock band Tunica Dartos from Lucerne can look back on ten succesfull years: recordings with Steve Albini in Chicago, several European tours and over 150 concerts speak for themselves – this is a highly dedicated band. Thus, it is not surprising that the song „Co-Pilot“ (Sound Buffet, Little Jig 2011) was on the top playlist during one year on BBC Radio 1.
„We still haven’t had enough!“ the three band members recently said in an interview – even though they shortly released an electro album under the pseudonym „H.T. RØnjes“ and wrote the soundtrack to an avant-garde dance performance („á nu“). It’s this enormous lust for music that can also be witnessed during their shows.
Her new album “Fall” (Little Jig/ Irascible) will be released in March 2013. Tunica Dartos recorded this musical gem in the South of France. In the close proximity to the ocean, an album was produced on which one can feel the warmth of the Mediterranean climate. “We took our time for the reordings”, Roman Krasniqi, guitarist of the band, says. “We worked with guitar loops and puzzled over drum and bass sounds – until we were finally satisfied with the product.” The result can be heard: “Fall” impresses with elaborate arrangements and a bouquet of various sounds: the guitar can start brute, only to change to a smooth mix with the unique sound of the Rhodes and to form a complexe alliance with the drum and the bass. The nine songs have strong melodies and powerful beats. “It is very important for us that everything can be played one-to-one on stage”, the band states.
Tunica Dartos proove that they are an international caliber band – which is shown when reading the names of their cooperations: besides the french co-production under S»bastien Gros, Tunica Dartos also worked with the Austrian artist Patrick Bonato. Bonato is responsible for the artwork. The album will be released inter alia in Australia.
The band is planning on a promotion tour through Europe in spring 2013. With the album „Fall“, Tunica Dartos will consolidate her reputaiton as an innovative and still – even after ten years of existence – hungry band.

2003-2007
Tunica Dartos plays 60 concerts. Some gigs in Germany and Spain are following. In the year 2006, three samplers which contain one song each from Tunica Dartos are appearing.
... 2008
Tunica Dartos goes on tour for one month. 15 concerts in Germany and U.K. are the result!
2009
Tunica Dartos did a record at the electrical audio, chicago with steve albini in june.
2010
Tunica Dartos starts to work with Little Jig Records, to release its debut album «Sound Buffet ».
Beginning of 2011
Tunica Dartos releases the debut album «Sound Buffet » (Little Jig Records) Two more EP’s which contain unreleased tracks of the recording session in Chicago are following.
Middle of 2011
Tunica Dartos takes a step into the art of theatrical business. The band writes music for a dance theatre and gives its debut in dancing and performing within. They do three shows with "à nu" in a row at the lucerne indie theatre « la fourmi »
End of 2011
Tunica Dartos records its beside project « H.T. RØNJES » which is an alternative music mix of different styles in range of electro, ambient, rock and pop. The Album "Sound Buffet" and the Song "Co-Pilot" are selected for the Kick Ass Award 2011 for best Album and best Song.
2012
Tunica Dartos is releasing its beside project « H.T. RØNJES » on Vinyl and Digital in march 2012. BUY IT NOW! : http://bit.ly/xAHPKH
2013
Tunica Dartos is releasing its new album "FALL" in march 2013. Recorded by Seb at Coxinhell Studio, France. Mastered by Ed Brooks at RFI Mastering Seattle, US. Artwork by Patrick Bonato. Tunica Dartos working with Sven Epting for a Music-Video to the song TO LOVE AN INSTRUMENT, from the new album "FALL".