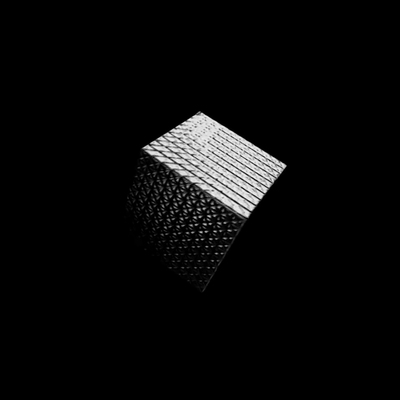 2084: Powerful enterprises reign the country, consumption driven human beings stray remote-controlled through bleak landscape and vegetate bereft of content in angular cities. Then, the unexpected happens: a brave artist calls her own kind up to start a revolution against the power-holder to fight for what is good and she raises her hand, powerfully-voiced, to a multimedia counterstrike.

The post apocalyptic vision of 2084 already comes true:
The future activist and multimedia artist Tyla Durden presents her concept album TH3 ORIGIN4L to the public - with this Album, Tyla pursues new, headstrong ways. Headstrong in the true sense of the word.
Conception, composition, lyrics, artwork, costumes, choice of the music-studio as well as the corresponding video and movie scripts: everything went through the hands of this extraordinary artist. Detached from trends, labels and most of all with a free spirit, Tyla Durden created a multi layered work of art that dominates the acoustics... and it culminates in a futuristic-interactive world of experience:
She leads us away from consumption to an active Involvement. The Album is enhance by a 20minute music video and a cryptic riddle promises an extra non-purchasable track if resolved correctly. Tyla smudges the lines playfully and blends sound, picture, time and space to her own personal post-human vision.

She combines the futuristic unknown with well known elements to a unique work of art. Her socio-critical lyrics are a reminder of dark end time movies but propitiate, because they are served with catchy electro-neo-pop-melodies. Other records remind of a young Madonna or appear to be avant-garde like tracks by Björk or Bowie. Industrial sounds meet potential-hit melodies and there is always something new to discover. Sometimes it sounds disturbing, sometimes reconciling but always authentic. As well as autobiographic: She talks about love, longings but also about death and dark abyss. Tyla Durden draws from her self. She is an original, matching her album title.

The autonomy and diversity of her debut pieces are not surprising at all, if one knows the artistic development of the Swiss artist:
Already in her early years, she started taking vocal lessons, wrote songs and learned to play the piano. She played in several bands and discovered the studio technique for herself. Later, she finished a apprenticeship as a photographer. She enlarged her specialism in photography, filmmaking, art direction and music and dove deeper into the world of multimedia:
She worked successfully for international brands like L'Oréal or Maybelline NY.
She supported many national & international musicians and presented herself as eccentric performance artist and singer on different stages in Europe. Tyla ehas performed on international TV shows, on starfloor '12 in the Bercy Arena/Paris, the ENERGY at Hallenstadion / Zurich or the DOME'59 in Ludwigsburg.
2013 she recieved her first gold record for the single 'Over the Rainbow'.
2015 she presented her new song 'changing my life' at the Platinum Club Warsaw. The video to the song and an interview were broadcasted nation wide on television.
Since February 2015 her video 'SexLoveMusicFashion' is shown daily on MTV. In the very same year she performed with her live band (Roger Massimo & Avinash Yves Moser) at the UEFA Champions Festival in front of the Brandenburger Tor in Berlin and delighted the crowd.
Now , Tyla Durden shares her versatile artistic experiences and impressions from film, music, fashion and design with us. Inspired by Depeche Mode, Grace Jones, Nine Inch Nails, Falco or Kraftwerk she processes everything at the renowned B-Note Studios (Seven, Jennifer Paige, Prince) to her own multimedia piece of art and catapults us directly into the future, to the year 2084.
Sound absolutely crazy? That's what it is. That's what she is.