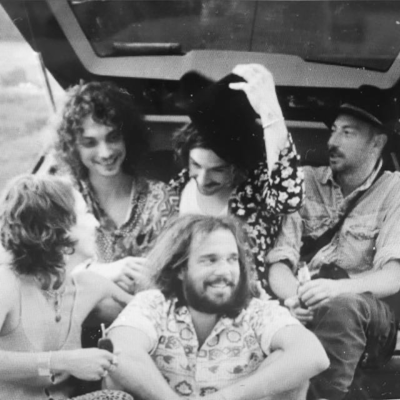 TYPHON is originally a solo project initiated in 2013 by John Silvestre, multi-instrumentalist, composer of film music and member of several groups ranging from pop-rock to nowave and experimental (Swear I Love You (CH ), NÂR (LB/CH), Magnolia (FR), Lapiaz (BE)).

After 3 chamber albums composed and recorded in Brussels between 2013 and 2015, based on electric guitars sampled in a looper, sometimes accompanied by drums, TYPHON recorded in 2017 his first EP co-produced with Paul Alkhallaf, Pine Cone Songs , evolving from "loop music" towards a more post-rock and orchestral writing.

Singular and bewitching, the universe of TYPHON explores many influences ranging from folk to post-rock, from film music to noise, offering an experience of both punk intensity and poetic introspection.

The group is currently based in Vevey, Switzerland and recorded their last LP in August 2022, currently in production.