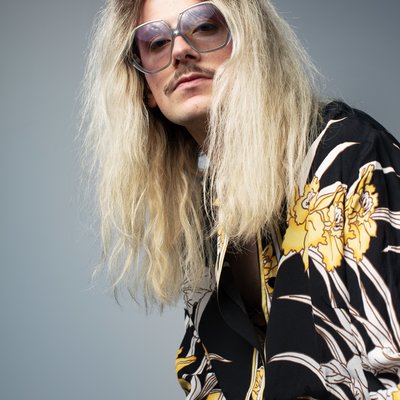 Growing up in Italian-speaking Switzerland and having studied in French and German- speaking Switzerland, Valentino Vivace has dealt with various musical realities. He is therefore inspired by different genres and currents, especially those of the Mediterranean region, but also by international currents such as the Australian indie, Norwegian space disco and more.
So he moves between more danceable songs inspired by the Italo disco era, perhaps adding some R&B influence here and there, and more dre- amlike and fluctuating songs. The result is a unique mélange that could be compared to his favourite cocktail: the Campari Spritz. Aromatic and satisfying, it charges you with sparkling energy and envelops you with moments of sweetness.
He'll release his first single "Come mai" on March 3rd.