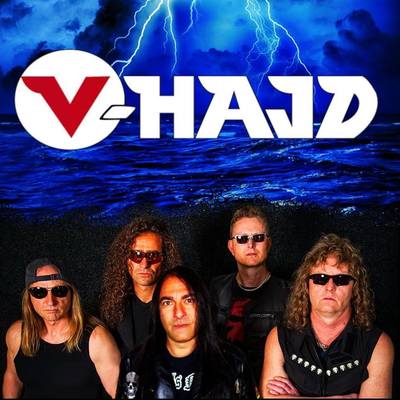 Metal/Punk, Metal, Basel-Landschaft – In 2012 musicians Dirk Heidenreich and Jörn Wilkens decide to be musically active again after a long break. The two even know each other from their... Read Biography

In 2012 musicians Dirk Heidenreich and Jörn Wilkens decide to be musically active again after a long break. The two even know each other from their former bands VIOLENT CHANGES and MENACE. Initially, they restrict themselves to the re-enactment of some old songs and covers. Since the two are looking for a bassist, they ask Alex Scherz, rehearsing in the same rehearsal room and also known from their time together at VIOLENT CHANGES.

There are developing band-like structures and soon they realize that for the implementation of the musical ideas a second guitarist is needed. The brother of Jörn Wilkens and former guitarist of German Speed Metal Band DESTRUCTION, Harry Wilkens, is asked. After a visit at the rehearsal room, the setting of the band convinced him. The work on new songs begins in fall 2012.

From the beginning, V-HAJD is taken care to satisfy their own musical needs and to develop and implement stand-alone songs with hit character.

The guitarists’ different way of harmonic playing is a characteristic trademark of V-HAJD. Bass and drums take over the rhythm section in a classical manner. Lyrically the band takes a critical reference to the everyday human madness and deals with the struggle for individuality and authenticity against foreign domination and oppression. The name of the band is made up of the initials of the members' names in reverse order of the band-entry: V = 5 band members, H = Harry, Holger / A = Alex / J = Jörn / D = Dirk.

To promote the development of the band, V-HAJD decide in 2013 to record a 3- track EP called “The First Strike”, at V.O. Pulvers’ Little Creek Studio. The vocals are sung by Holger Fehrke-Berger, also a member of the band AEONBLACK, in a most professional manner.

With this production, even a comparison with well-known bands is possible. The CD can be purchased for 5 euro / dollar at the contact address below.

For 2014, the first live performances are planned. Contact details for organizers are below as well.