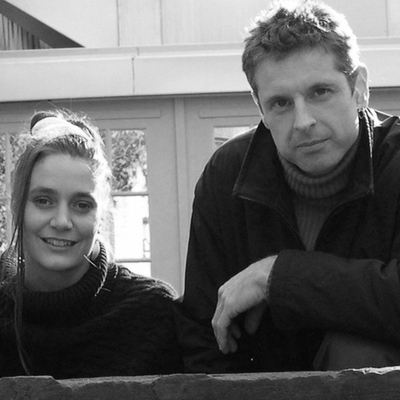 Jazz, Basel-Stadt – VOICE IT The new CD (But Beautiful) by Voice It appeard in May 2006 on Jazz Elite Special. If you thought that Jazz-Standards were antiques from... Read Biography

The new CD (But Beautiful) by Voice It appeard in May 2006 on Jazz Elite Special.

If you thought that Jazz-Standards were antiques from a century long gone, let this album prove you wrong. Voice It from Basel bring old classics like “But Beautiful”, “Summertime”, or “In a Sentimental Mood” back to new life by giving them a new twist which indulges the senses.

The quartet with Lisette Spinnler at its lead has managed to get away from Easy Listening without drifting off into the realms of self-indulgent jazz improvisations. Let’s take “Softly as in a Morning Sunrise” as an example: the original is a simple Standard which calls for a more adventurous musical journey. Voice It have taken up this call. Their interpretation of the piece begins with slapping bass, funky beats and warm piano chords and then moves on to an improvisational part where the lead voice is given room for experimentation and enters – by scat singing – into a dialogue with the soprano saxophone. It is refreshing, exciting and demanding, but at the same time easy to listen and dance to. It is this blend that has brought artists like Al Jarreau and Incognito to fame. Voice It follow these artists’ paths, and they do so with a confidence and a variety in style which is all to rarely seen in Swiss jazz and jazz funk formations.

It comes as no surprise that the backgrounds of these four musicians are a testimony to diversity and enthusiasm in playing: we got to know Michael Chylewski as a well-versed and melodious bassist during Swiss singer Sina’s Grand Tour of Switzerland in 2005. Andreas Schnyder has for years delighted us with his dynamic crossover of swing, funk, and roots rhythms; the same goes for Roland Köppel who has a gift of sticking to the harmonic essentials and surprising us with solos at just the right moment, which is proof to his virtuosity and adaptability. Against this backdrop flows the voice of Lisette Spinnler, emotional and playful at the same time: a jazz singer with soul, or a soul singer with a jazzy flair – you decide! Needles to reiterate, she is the most innovative voice in the young Swiss jazz scene – the enthusiastic coverage in the media speaks for itself.
This album also features Dave Feusi, the Swiss “trademark” tenor and soprano saxophone player, who makes a wonderful contribution to Voice It’s overall musical concept.

Registered since over 15 years
Last login on 1 September 2007