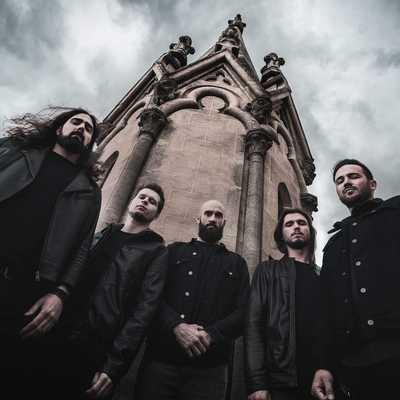 Death Metal, Vaud – Between tragic reality and fiction, Voice Of Ruin draws its lyrical inspiration from both the darkest episodes of history and an imaginary future,... Read Biography

Between tragic reality and fiction, Voice Of Ruin draws its lyrical inspiration from both the darkest episodes of history and an imaginary future, ravaged by disease and human madness. On the musical side, the influences of the band, both modern and classic, have evolved over the years, but the style remains difficult to categorize. Some argue that Voice Of Ruin distills a melodic death metal, while others will find notes of groove, thrash and even black metal.

Since its creation in 2008 in Nyon, Switzerland, Voice Of Ruin never stopped touring around the world. The band has now more than 200 shows under its belt alongside bands such as Sepultura, Cannibal Corpse, Children Of Bodom, Hatebreed, Obituary, Samael and The Black Dahlia Murder.

In 2017 the band released “Purge and Purify”, a second album produced and recorded in England by Romesh Dodangoda (Motörhead, Bring Me The Horizon, Sylosis…). This record allowed Voice Of Ruin to play numerous shows in Europe, India and Nepal and to earn its place on several renowned festivals such as MetalDays and Sylak Open Air.

At the end of 2018, Voice Of Ruin arrived at Studio Fredman in Gothenburg, Sweden, to record its third album. The collaboration with producers Henrik Udd and Fredrik Nordström (In Flames, Arch Enemy, Architects, Dimmu Borgir…) was successful and pushed the band to the next level.

More determined than ever, Voice Of Ruin is now back on stage to defend this new album entitled “Acheron”.