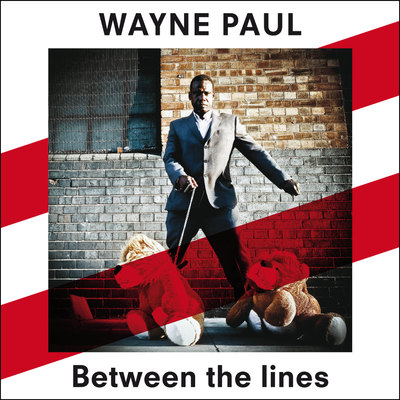 Reggae, Vaud – A true renaissance. The only way to describe Wayne Paul’s return. Lost in alcohol and drugs, drifting from incarceration bids to detox clinics, the... Read Biography

A true renaissance. The only way to describe Wayne Paul’s return. Lost in alcohol and drugs, drifting from incarceration bids to detox clinics, the British artist has been to hell and back. Fortunately he IS back. Back with a new health, more inspiration than ever and a beautiful album entitled « Between The Lines ». The voice that took label Big Dada to new heights in the 90s is intact. Floating. Subtle. Intense.

14 splendid songs in which Wayne Paul shows his generosity – altruistic and humanist, he asks teachers to protect children, our future, and goes back to his roots to find life. "Between The Lines" is a heartful celebration , for which Wayne invites his friend God’s Gift, one of grime’s most celebrated master of ceremony, to lay his vocals on two memorable tracks.

After 15 years of pain, Wayne Paul emerges, once again, as the unique vocalist revealed in 1994 with Take the Train (Sound of Money/Big Dada). The same genius we heard on Stade’s album Tactile (a collaboration between Christophe Calpini and Pierre Audétat), alongside Roots Manuva in recordings and on tour for Revolution 5, or on Dog Almond’s superb album In Dog we Trust.

Pure and powerful, Wayne’s vocals will never cease to amaze and this organic album proves it once more. A beautifully haunted gem, « Between The Lines » is deep, captivating, and a testament to the heart of a real human being. Music is life.