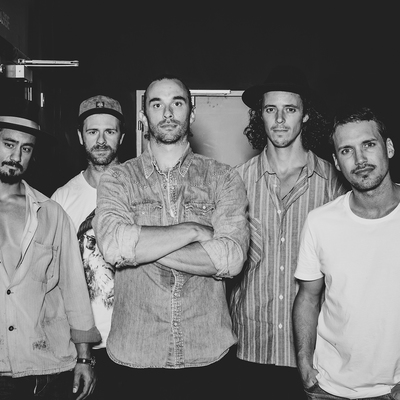 We And The Bulls

WE AND THE BULLS was formed in 2010 by Tim Ramholt (Vocals), Romano Lemm (Bass), Fabian Gass (Drums), Roman Wick (Guitar) and Eric Blum (Guitar). While jammin’ but mostly foolin’ around, the band had no name until one chaotic homeparty in Zurich. At around 3am – the music was way too loud - the cops were obliged to show up and all of a sudden, somehow ended up on a pretty sleazy polaroid picture. Since in Switzerland „Bull“ also stands for cops, WE AND THE BULLS ended up being the weird bandname.

Their deput album CIRCUS MIND was recorded at the Rebel Inc. Studio in Möhlin and released on the 6th of January 2020. It is a fusion of good old rock’n’roll, homemade blues and dirty lo-fi with a few psychedelic elements. The album stands for open-mindedness and some childish naivety.

CIRCUS MIND is made by friends for friends.
Everyone has a circus mind.

Registered since about 1 year
Last login on 23 January 2020