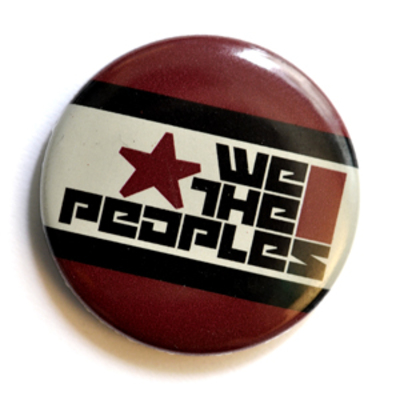 Pop, Zürich – *Warning* this is propaganda From the heart of Europe comes the sonic movement that is We the Peoples. In the beginning, there was a vision. And... Read Biography

*Warning* this is propaganda

From the heart of Europe comes the sonic movement that is We the Peoples.

In the beginning, there was a vision. And the vision shined brighter than a thousand suns on the Antarctic tundra. Daniel Baugh, a celebrated acoustic musician from Canada’s East Coast, and leftfield electronic producer, Peter J Grant, from Montreal, would form a musical hegemony and bring it to the masses.

Even the great soothsayer, Buzz Dante(the responsible One) could not foretell what would happen when We the Peoples' founding fathers first met at a bakery that fateful, drizzly Sunday morning on the cobblestone passages of Zürich, Switzerland. But the sky opened up, a great silence filled the air, and bread was broken.

What followed was a series of clandestine meetings at a remote location high in the Alps, where the duo drafted a musical manifesto that gave rise to We the Peoples.

Their debut release is the perfect union of new and old, raw and refined, organic and digital. The "Propaganda" LP is everything to all, the club kid, the shoegazer, the lover, and the fighter. It's music for the people by „the Peoples“. It's a record you want to hear with a sound that's impossible to resist (so don't even try).

Registered since over 10 years
Last login on 6 December 2010