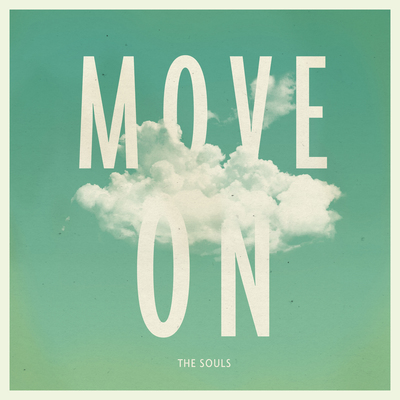 Rock, Bern – When the six members of THE SOULS are on stage one can feel the spark leaping over no matter if they are playing in front of 15’000 people in the... Read Biography

When the six members of THE SOULS are on stage one can feel the spark leaping over no matter if they are playing in front of 15’000 people in the Zurich Hallenstadion or being the support act in the Sporthalle Hamburg for an international star like Lenny Kravitz. But with their pacey and melancholic sound THE SOULS also cast a spell on the audience on smaller and more intimate stages in the world. Every member contributes its own special part. Although the characters differ very much from each other THE SOULS are a sworn community that has internationally experienced a lot in the last couple of years.

So far, THE SOULS played over 300 concerts and supported bands like Kodaline, The 1975, Kensington and Silbermond. THE SOUL’S EP-trilogy was recorded in Switzerland, Stockholm, Berlin and London in collaboration with nameable producers as Ronald Blood (Mando Diao) and Luk Zimmermann (Lunik). At festivals like Koktebel Jass Festival (Ukraine), Rock Oz’Arènes (Switzerland), Picknick Open Loreley (Germany) or Gurtenfestival (Switzerland) THE SOULS are welcome guests. Their songs have a deep profoundness and are regularly played in the Swiss radio.

Reviewing the former discography shows a remarkably professional development: The EP-trilogy YELLOW (2013), PURPLE (2014) and GREEN (2015) bound THE SOULS together and paved to way for the upcoming album EYES CLOSED (2016). In spring 2016 a visit in the studio followed the US-tour. In the recent past the six musicians decided upon a name change. Undiscovered Soul felt the time was ripe for a new identity: THE SOULS. A twist of fate? “We already felt like THE SOULS for quite a long time”, Luk Kipfer, the guitarist, states. “The name stands for six individual characters and the deep connection between the audience and us as a band.”

Upcoming highlight: The release of their first album EYES CLOSED (deepdive Records) in August 2016 in Germany, Austria and Switzerland. Captivating music with an inclination to melancholy – performed with passion. Within one month the songs of the album EYES CLOSED arose in collaboration with Greg Collins (U2, No Doubt, Eels) in Los Angeles. The album’s title represents the intense moments when one’s eyes are closed: Reprocessing and dreams are combined in the recent opus. The first single CLOSE MY EYES will be released in March 2016.