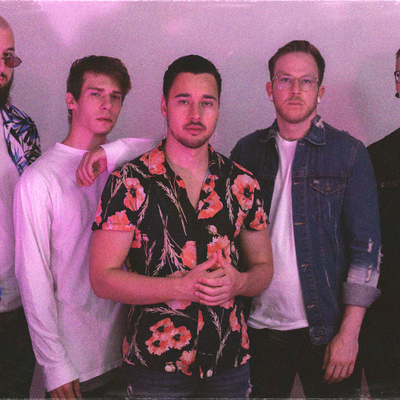 Metalcore , Zürich – Whiteout started as a music project in late 2015 consisting only of the two guitarists Tim (ex Mask The Faceless) and Ricky (ex Atropas and... Read Biography

Whiteout started as a music project in late 2015 consisting only of the two guitarists Tim (ex Mask The Faceless) and Ricky (ex Atropas and Underskin). After a long creative process of songwriting, recording and sort of working out a plan to realize the whole project, they started to seek out the right individuals who wanted to join the band as a singer, bass player and drummer.

After a few months, of intense scouting, they got to meet Mike (ex Save Your Last breath and Searching For Diamonds) and found in him to be a passionated vocalist and writer.
Several months passed, and the whole adventure became more and more structured. In the meantime, Michael, a dedicated bass player joined the club and brought the world of lower frequencies into the whole concept. After their first concert with Daniel Widner (ex Searching For Diamonds) on the drums he decided to join as a fix member and completed the band with his dynamic and powerful playing.

Whiteout is now a mix of five young enthusiastic individuals who want to create and share a peerless sound merged together with various elements of Metalcore / Hardcore, giving it a lyrical spice of controversial, personal and spiritual topics.

Registered since about 4 years
Last login on 24 November 2021