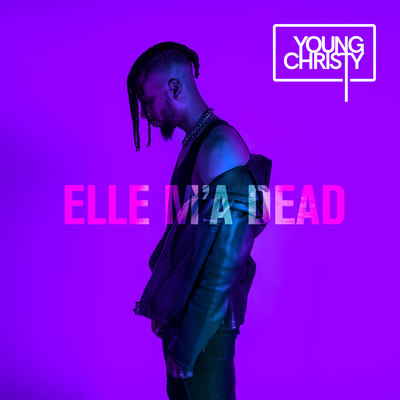 AfroPop, Bern – Of Congolese origin, Fabrice Mazinga, whose artist name is "Young Christy", has been passionate about hip-hop, krump and new style since he was... Read Biography

Of Congolese origin, Fabrice Mazinga, whose artist name is "Young Christy", has been passionate about hip-hop, krump and new style since he was very young. He began by dancing and became a choreographer, before turning to poetry and writing rap lyrics.

He spends most of his youth in Belgium far from his family, and writes his first texts, when a friend, Adrien, makes him discover the world of rap. Writing then became for him a way to free himself, today essential to his balance.

When he came of age, Young Christy returned to Switzerland to live with his family in Bienne. He then created a group called "Swizzz Dreamen" with friends. Together they released their first tracks on the Swiss market in 2012, among which "Let me explain" was a hit. In 2013, he went solo and released his first album, which was followed by a mixtape in 2015.

"If I have, I must help others"; altruistic and willing, he composes his lyrics with the aim of encouraging others, accompanying and supporting them in the trials that everyone goes through.

Since his solo debut, several tracks have been released, such as "T'es moi", "Pédaler cavaler" or "Marchand de sable", all of which are available for listening on listening platforms. Last June, he released his afro pop track "Je connais ta valeur", announcing his return to the airwaves in Switzerland, but also in France!

On November 12 will be released his new track, "Elle m'a dead" telling the story ended between a man and a woman, leaving a big void in the head and life of the man. A song that will resonate with the experiences of many listeners.

Registered since over 6 years
Last login on 28 November 2021