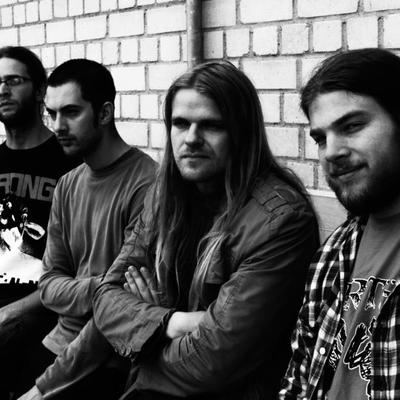 The Swiss band Zatokrev from Basel was founded by Silvio Spadino (drums), Marco Grementieri (bass/samples) and Frederyk Rotter (guitar/vocals) in April 2002 to deliver a heavy load of dragging metal.

In 2003 they recorded a demo and started playing gigs. Through strong live performances, they built up a reputation as an intense live band.

After they recorded the selftitled debut album in their own reharsal room, Zatokrev got a release through the English label Codebreaker in September 2004 and got only positive reviews in music magazines around the whole of Europe. Later the album came out in North America and Canada through Earache Records, where it also got excellent reviews.

In March 2007 year the new long-player was released by Firebox Records and especially for Switzerland by Frederyk’s label Czar Of Crickets. Also this album got excellent reviews all over the world.

End of 2007 a Split EP VANCOUVER/ZATOKREV and the vinyl edition of Bury The Ashes (including a bonus track) has been released through Get A Life! Records.

Since then Zatokrev had many replacements of bandmembers. Finally in 2011 a new fixed line-up has been completed and the band is ready to tour again.

Zatokrev recorded a new full-length album with Serge Morattel at the Rec Studio in Geneva, where many great albums from bands like Knut, Shora or Impure Wilhelmina have been produced already. The album called “The Bat, The Wheel And A Long Road To Nowhere” has been mixed, mastered and co-produced by Raphaël Bovey, also known as drummer from the band Kruger, to give it the final punch. The artwork has been drawed by Marcel Szerdahelyi.

Zatokrev have developed their music further through past years. The new album contains elements from Sludge, Stoner, Black Metal, Prog-Metal, Psychodelic Rock, Post-Hardcore and shows more dynamics in songwriting, instrumentation and a stronger variety of vocals.

Registered since about 10 years
Last login on 19 September 2016