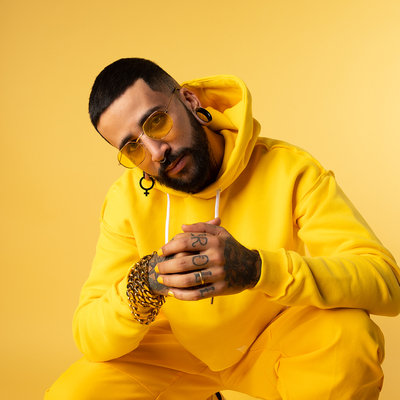 If when you hear swiss music you imagine alpine horns & fountains of cheese, think again. Zeela is a playful, spontaneous & versatile artist and his music is like a fluffy cloud with rough and groovy edges. He’s a drummer and singer and is best known as a Producer specialized in Pop, Electronic & Hip Hop music. After many years exploring different music genres with other artists and playing in several bands (Fensta, Hubris, Femme Fatale, Dog Days etc...). In October 2019 he has released his first single “You” as a Solo artist. The song immediately caught local venues attention and soon he played his first show opening for “Iklos”
When asked why he talks about his emotions and people close to him so much, Zeela says “I’m trying to let the child inside of me express himself, for he his usually wiser than what the modern world wants me to be.” Zeela’s belief is that his music is like the truth coming out of a kid’s mouth; innocent and transparent therefore really accessible. He likes to think that it’s easier to start talking about things surrounding your personal bubble before exploring and trying to comprehend anybody else’s reality.

Registered since over 2 years
Last login on 9 March 2022