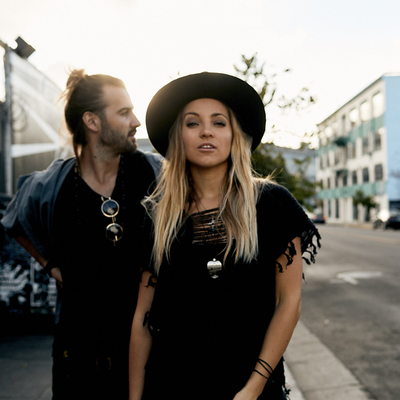 Pop, Luzern – Let me introduce you to an addicting swiss sibling alliance called Zibbz. Their music is blues infused indie-pop with a massive backbeat and... Read Biography

Let me introduce you to an addicting swiss sibling alliance called Zibbz.
Their music is blues infused indie-pop with a massive backbeat and synthdriven
hook lines. Growing up in a household of musicians, they fell in love
with pop melodies at a young age, picking up every instrument they could
find along the way and started writing their own songs. Coco's powerfullysoulful
voice is a mix of pop and emotional growl, while multiinstrumentalist
Stee produces the music.
In 2011 Zibbz set off a buzz with their own reality show on Music-TV ,Joiz‘
and they return to play the European festival circuit every year since. Their
recent record “It Takes a Village” hit the national itunes Pop Chart at #2 as
their song "Children of the Digital" ran on 'MTV - Fresh Faces' for 2 months.
In May 2018, Zibbz represented Switzerland in the biggest music-tv
show to date - the Eurovision Song Contest (200 million viewers!) -
which got them over a million Spotify streams & gained them press
attention from all over the world!
Zibbz are known for entertaining their community with weekly 'Onetake
Monday' videos and the music jams in their artist commune in Los Angeles.
They have shared the stage with the likes of LP, Scott Weiland, 30 seconds
to mars, Juliette & the Licks, Gölä, Bastian Baker, Krokus, Bonnie Tyler,
Bligg, Jennifer Batten (Michael Jackson), Carlos Leal, Donna Summers
and have just played their first german tour, opening for Max Giesinger and
Gregor Meyle.
Coco & Stee make a powerhouse songwrite team (writing songs for Bastian
Baker, Carlos Leal, Luca Hänni, Ragusa chocolate commercial, Subaru
commercial, Fergie (Black Eyed Peas), the official floor-hockey world cup
, movie 'blue my mind' etc.) while on-stage they bring a contagious energy,
spreading the good vibes they live by.

Registered since about 12 years
Last login on 3 June 2019