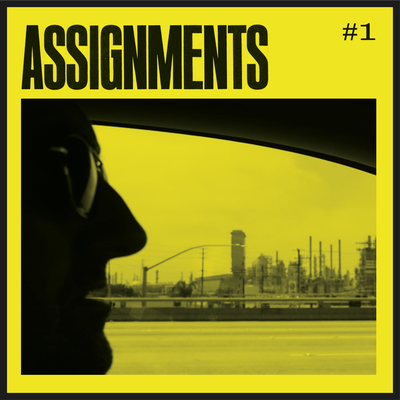 Indie Songwriting, Zürich – ASSIGNMENTS is a new project from musician and performer Phil Hayes (Phil Hayes & The Trees). In the midst of the Lockdown, whilst realising... Read Biography

ASSIGNMENTS is a new project from musician and performer Phil Hayes (Phil Hayes & The Trees).

In the midst of the Lockdown, whilst realising that everything he usually does is a collaboration with a group of people standing in the same room, Phil came across a Lou Reed interview where Lou talked about writ­ing the song Vicious and about how it was an as­sign­ment from Andy Warhol. Andy gave Lou the ti­tle and the first line and, ac­cord­ing to Lou, the rest was easy be­cause it be­came about fin­ish­ing an as­sign­ment. The first dif­fi­cult step had been done by some­one else.
Phil then wrote to some fel­low artist col­leagues around the planet and asked them for an as­sign­ment - the ti­tle and first line of a song - Maybe there's a song they'’d like to hear that no-one's writ­ten yet?
The songs were written quickly, quite often spontaneously.

ASSIGNMENTS #1 contains seven songs written by Phil after song titles and and first lines were suggested by;

Jacob Wren - a writer and performance-maker based in Montreal.
Paloma Ayala - an artist focusing on social-based artistic practices, originally from Mexico, now based in Switzerland
Charbel Haber - a composer, performer and songwriter from Beirut, Lebanon.
Erin Hawkins, - a writer and teacher living in Ontario,Canada
Renée van Trier - a musician, performer and painter from Tilburg, Netherlands