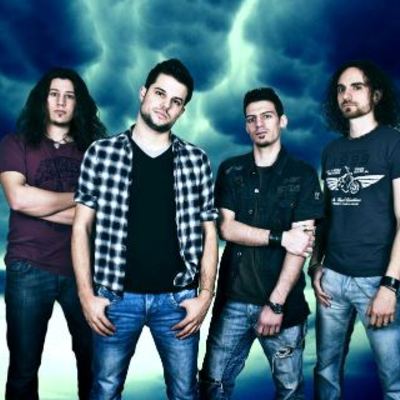 Atra were formed in summer 2006. The first line-up was composed by Damiano Guarnieri (main voice and guitar), Raffaele Lorenzetti (bass guitar and bacling vocals) and Patrizio Frapolli (drums). They played for some years Iron Maiden, Gotthard and Helloween cover song.

In 2009 Patrick Mafferetti joined the band as lead guitarist and the guys started to write their own songs.

In 2010 Atra produced their first promo Demo, entitled "On The Other Side". In 2011 the band plays at Palco ai Giovani Festival, in Lugano, finishing third on the final ranking.

In autumn 2011 the band recorded another promo Demo at the SAE Institute Studios in Milan (Italy).

In December 2012 the guys entered the McSimon Recording Studio, in Como (Italy), to record their first full length album, entitled "The Best Is Yet To Come".

Their first official album contains 13 original tracks and it has been released on may 4th 2013.

Registered since over 12 years
Last login on 28 October 2013