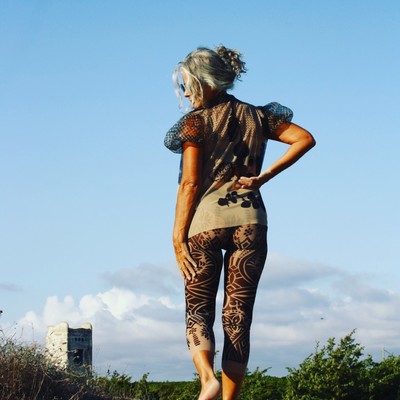 “Chi sei?” is the title of the new album of the swiss singer and composer who everybody remembers as the only one from Tessin to represent Switzerland at the Eurosong after Anita Traversi .

“Chi sei?” is more than a come-back. It’s a good quality jump, it’s a fully played record, vibrating and devoid of the help of easy technologies.

“Non lo farò” is immediately catchy, starts as a ballad but it surprises, flowing in a strong and broken rhythm, in spite of the voice remaining very melodic. This single is a potential radio hit due to the impact and the particular guitars rhythms. As always with Barbara’s autobiographical touch, the lyrics show the uneasiness about a privat conflict, the pride for her own opinions even in the intimacy.

“Chi sei?” marks a change: in fact Barbara is changing dressing and look, but also her music.

“Chi sei?” is a light beam that nails her on the wall, the rifle’s sight of who didn’t understand that her night wandering doesn’t hide suspicious purposes or perverted plots: it’s only about the need of wild emotions, like standing on the edge of a skyscraper, looking for large spaces over the city and intimacy to find in herself rebel feelings that fade away in the day light.

Registered since over 14 years
Last login on 16 September 2021