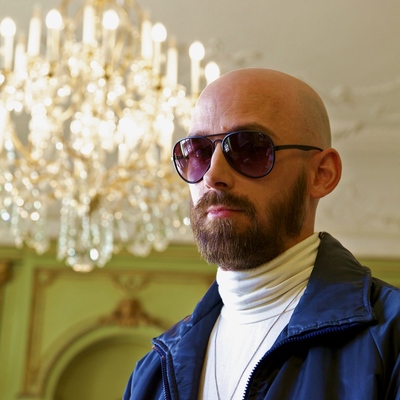 Pop, Zürich – Born and raised in a houseboat community near San Francisco (USA), Bob Driller honed his musical skills as a piano player in the waterfront... Read Biography

Born and raised in a houseboat community near San Francisco (USA), Bob Driller honed his musical skills as a piano player in the waterfront honky-tonks of the Bay Area. Overpopulation and gentrification made him get a job on a cruise ship leaving for Honolulu, true to the motto "Go West". It was the beginning of an epic journey that took him through Japan, China and Kazakhstan, finally ending up in Switzerland.
And Switzerland is where he stayed, because he fell in love not just once, but many times over – and who could blame him. First, with Michael von der Heide, then with Louie Austen, followed by Patrick Bishop, Sarah E. Reid, Stefania Chiara, Nza Smith, Sam & PK, and finally Vicky Violet and Tom Swift – a veritable free-love fest. And that's why Sunny Beaches, our player's third album, represents a diverse and colourful Swiss music scene: For out of every liaison, a wonderful guest vocalist performance came forth.
Sunny Beaches was produced by Bob Driller and Peter Borföi (Klangkraft) at the 571 Recording Studios in Zurich.
With his unmistakable vintage sound, full of analog keyboards and drum machines, Bob Driller manages to blend the most diverse styles such as bossa nova and funk with electronic music. The result, a mix of vibrant soulfulness and individuality, is typical of San Francisco. In fact, it could also be described as "Frisco pop".
The first single, Driving Together (feat. Sarah E. Reid, release date 07 Apr 2017), takes us straight to the US West Coast.