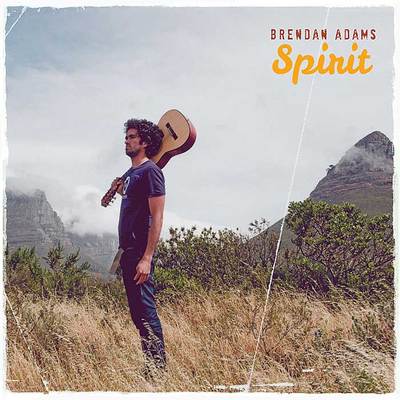 Folk/Country, Folk, Zürich – BIO BRENDAN ADAMS Perhaps it would have been more fitting were Brendan Adams to become a rapper. Born and raised in Cape Town, South Africa, it was... Read Biography

BIO BRENDAN ADAMS
Perhaps it would have been more fitting were Brendan Adams to become a rapper. Born and raised in Cape Town, South Africa, it was rap music that provided the soundtrack to Brendan’s teenage years. That is, until he discovered the guitar and singer-songwriter legends Bob Dylan, Jimi Hendrix and Sixto Rodriguez, whose significance to South Africans was unbeknownst at the time, even to himself. Brendan was one of those persons inspired by Rodriguez’ protest hymns. A natural talent, Brendan taught himself to play guitar and now bestows his own Cape Town blend of urban folk upon audiences far and wide. Things could have ended very differently though.
A call to Scotland was what brought Brendan to Europe. He soon discovered that also in Europe life was not all sunshine and roses: the aftermath of apartheid and personal loss were all familiar battles he’d experienced. However, he had not reckoned with Europe being a place that also harbours desolation and hardships. Brendan eagerly drank in the cities in all their facets, translating his impressions into music. In no time Brendan was performing live in numerous cities. In addition to his black curls listeners were completely taken in by his peaceful nature which echoes from his music, and is apparent in his ballads. Some might say: despite his background.

Brendan isn’t focused on the desolate moments which clouded his life. Instead, accompanied by the samba beat of the tambourine, he sings of a love which develops over time (“Late in bloom”). In “Bright star” he strokes his guitar in a tribute to the romantic poet John Keats. Also impressive is the pop song “The spell”, which tells of the charming urgency of wanting to hold on to an illusion. The gospel sound of a background choir and a banjo nodding Brendan’s respect of country music- the simplicity of his tunes may surprise some. Using his soulful voice and sophisticated chords Brendan compellingly describes what a bicycle ride to the moon and a surfers’ lament sound like. Spirit is an Album which sounds as if it were casually put together on a day at the beach- which is what will be the secret to its success.