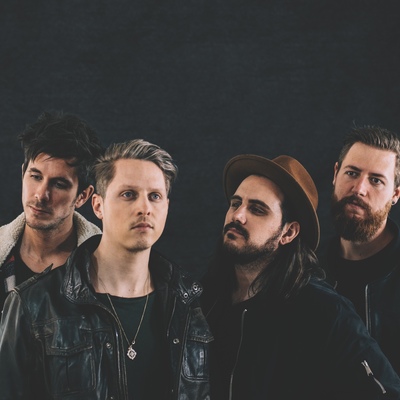 Compact music under the weight of long dark hours.

Their music is compact under the weight of long dark hours, it is powerful as the light breaching the darkness time and again and it is carrying a message: There is still left a lot of live in us all. While the rhythm section is marching broad-shouldered in the front, the pushing voice covers the flank and clear guitar sounds lighten the way ahead. The catchy and energetic melancholia reels in more and more gigs. Since their first show at Gaskessel (Bern) and winning the national Emergenza-Contest 2012, Bright November have paid a visit to Bierhübeli (Bern), celebrated further successes at Gurten-Festival and Argovia-Fäscht and even went on to play the international Emerganza-Finale at LKA Longhorn and Restal Allstars Festival (Stuttgart, Germany).

At the latest from their breakthrough at Emergence there is no way around Bright November for the media: The Bernese newspaper as well as Lifestyle-TV Joiz covered the story of Bright November. The band has been very productive in the short period of time since their foundation: Until the end of 2011 Bright November posted several demos on their webpage and caught the interest of concert-promoters.

In fall the band will release their Debut-EP Seeking The Day, which has been produced by Thomas Rechberger (Lovebugs) and Philippe Laffer in an intensive recording session at Alterna Recording Studios.

And as sure as the cycle of the four seasons: We all will hear more about Bright November in the future.