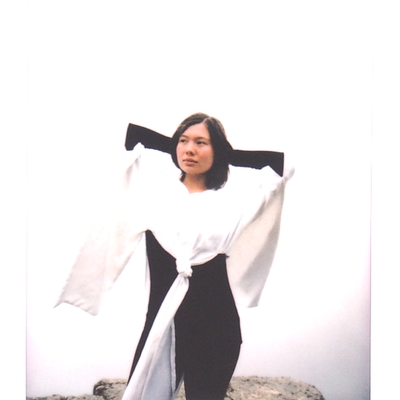 Folk/Country, Folk, Bern – Colour Of Rice is a guitar walking hand in hand with emotions, stories and a voice. The young Singer/Songwriter travels from living rooms to... Read Biography

Colour Of Rice is a guitar walking hand in hand with emotions, stories and a voice.

The young Singer/Songwriter travels from living rooms to streets, theatres, festivals, acoustic sessions and concert venues with the wish to create and share happiness. A pure, honest voice accompanied by a beautiful guitar, a timid but brave soul sharing her emotions… She sings about love, life, death, always from the bottom of her heart. And that is where her music belongs to; one’s heart. Her songs might make you forget, maybe remember, but surely make you feel.

A singer since the age of 9, she discovers the guitar at age 17 and starts writing songs with it. Since then, she self-released an EP and two albums, played over 200 shows on stage accompanied only by a guitar, including festivals like the famous Montreux Jazz Festival, Festi'neuch, Les Créatives, Blue Balls, Songbird, Palp, Moon & Stars, Gurten and visited Scotland, France, Ireland and Japan with her music.

Rani was born in 1994 to a swiss-german father and a japanese mother. When she was nine, she sang the title song of the movie 'Mononokehime' on a funeral. A family member, tears in his eyes, asked her to make a promise. 'Continue to sing.'

Her mother gave her piano lessons until age 14. She sang in a choir and joined a rock-pop band while finishing her bilingual Matura in Biel. In 2011, she laid hands on a guitar and immediatly caught fire. She started writing and in 2012, she released her first EP 'Fall In Love'. On a school trip to Scotland, a busker lent her his guitar and she sang her own songs. Later that day, she performed in the hostel's Open Mic. Back in Switzerland, she bought a folk guitar and pursued busking, Open Mics and got into booking her own shows.

Shortly after, she won the first prize in a singer/songwriter contest and was able to record her first album 'Fly'. Self-released, with a 12-track album in the pocket, she went on playing more and more shows and started gaining airplay and media feedback.

In 2016, agents of the French TV-series 'The Voice - la plus belle voix' asked her to give it a try. Several castings later, she was in front of the four seats and performed Tracy Chapman's 'Fast Car'. Three judges turned around, and she chose Zazie. Even though she left after the second round, it made things easier. Around the same time, she was asked to work with ECHO, an artist agency in Switzerland. And the most important change in all that... was her father's recognition. Finally understanding her choice, he stopped telling her to 'join the police'.

In 2017, the show was aired and 'Colour Of Rice' got another boost. She was working on her second album while being ECHO's most touring artist.

Written, composed and performed by herself and co-produced with the help of a crowdfunding, she released her second album 'Oh Darling' in march 2018, followed by a release-tour of 20 shows in Switzerland and France.

'Colour Of Rice' was created when she was around 12. Her friend told her that she made her think of a bowl of rice. 'Kome' is a peeled corn and 'Gohan' is 'rice' in Japanese. It's a very important foodstuff for many people. And there isn't just 'white rice'. There is brown, red, black rice and they also come in different shapes. Rice has many 'colour's and that made her think about us, too. Diversity is our biggest treasure. And so, the name stuck with her until she finally had a chance to put a name on what she creates.

Music being one of her passions, she also loves photography and nature. Her albums are as well postcard series, each song having its own counterpart in a picture. When she's not on the road, she likes to be in nature. Growing vegetables, fruits and herbs, going for poney rides in the forests... it's what keeps her grounded.

Registered since about 9 years
Last login on 2 May 2022