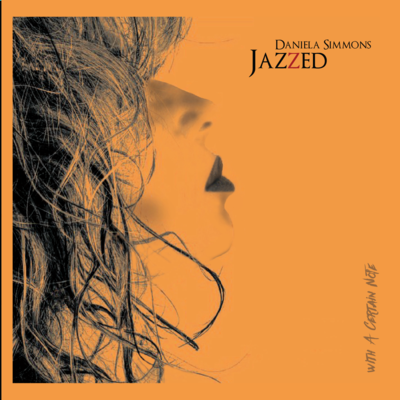 Jazz, Vaud – No one will forget the spellbinding ascension of Daniela's career when she received the second prize in the Eurovision Event in Bergen, Norway,... Read Biography

No one will forget the spellbinding ascension of Daniela's career when she received the second prize in the Eurovision Event in Bergen, Norway, with her song "Pas pour Moi" ( Not for Me), a success which rapidly promoted her in the European charts of events, interpreting her song in five different languages on the most famous scenes, and as far as Australia on the occasion of her bicentennial.

In rapid succession, she appeared at the Empire Sate Building in N.Y.C. for the Unicef Concert with Harry Belafonte and Tina Turner; at Wembley Stadium ( 86 000 spectators ) for the opening of the em 1996 Championship with Simply Red; at the Olympia in Paris with Jeane Manson, Rika Zarai, Richard Claydermann, as well as in French song festivals, along with Véronique Sanson ( with who's producers she had already been working in Paris); Patricia Kaas, Claude Maurane, Maxime Leforestier, Noir Désir, Jean-Luc Lahaie and many others.

Daniela signed up with Polygram International and met with Nigel Wright, producer of Shakatak, and who signed her first album in London.Jill Saward, Shakatak's singer ( duet with Al Jarreau “ Day by Day “ ) , will be her backing vocalist in this

The songs "Shout Back" and "Found you Out" are then booming on English speaking radio stations, and Daniela will appear on numerous TV shows and festivals. David Knopfler (brother of Dire Straits'mMark Knopfler) then suggests a reprisal of " To Love Somebody" on the scenes of London.

Daniela is then the most closely followed Swiss artist in the media during the 80's and 90's!

She will also be acting in a film in Prag with Otto Simanek ( Panthau).

Back to her native Italy with a new production " Un altra Donna" . Daniela partakes in a grand you of the peninsula in the company of Enrico Ruggieri, Fiorella Mannoia, Toto Cutugno, Lucio Dalla and Loredano Berte, Mariella Nava, Gianni Morandi ,a grand tour interrupted by escapes to France where her help was needed. The four piano show in company of Daniel Balavoine, Pascal Reynaud ( son of comedian Fernand Reynaud ) Gilbert Montagne and Claude Bolling then opens doors to Eddy Barclay's show, who will then become her tutor. That is when her first album in French " Pour Qui?" will appear, revealing her true passion as an author and composer of her own songs. At the time she will also compose a song for Michael Van der Heide's first album "Prayer".