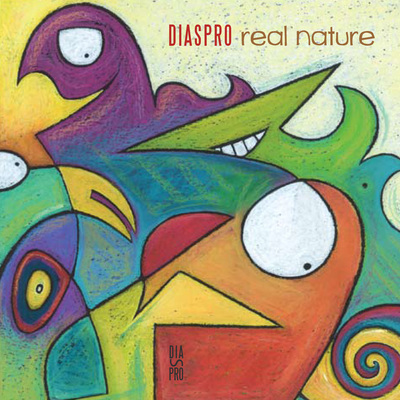 Pop, Ticino – diaspro is the name of a stone venerated in ancient times for its’ power to give inner strength and fertility. It’s a very old stone resistant to... Read Biography

diaspro is the name of a stone venerated in ancient times for its’ power to give inner strength and fertility. It’s a very old stone resistant to the elements shot through with a variety of different colours, brown, yellow and red, just like diaspro’s music.
From pop/rock to folk/jazz, from ballads to rhythm’n blues, the lyrics changes colour…Italian, English and French.
The band started in 1992 and after some live concerts, recorded a demo of 5 songs and then took part in the Swiss final for the Eurovision contest.
In 1993 diaspro released its first album, “It Still isn’t Clear” (published by RTI) which was hailed by critics “A success”.
After some years of standstill and changes, the band recorded its second album this was a concept-album. It was well thought-out. Its theme was a eulogy to earth and life: “Danza la terra” (published by Mehari).
Deep, and gentle but more thoughtful was the sweet lullaby “Padre”. It’s a new flavour, some consider it was less successful, but it was brave and involving.
After that, the band paused and changed to become simpler, more acoustic, and holistic…
From the age of seventeen Michela (guitar and voice) created music and lyrics for diaspro, bringing a feminine influence. Awareness of her femininity helped Michela, pushing her forward to create songs that were mature and expressive.
The music is not stereotypical for the mass culture, but free and intense, through fantastic and surrealistic stories, including every day life.

Keeping to its’ inner truth diaspro became a soloist voice of a genuine kind: