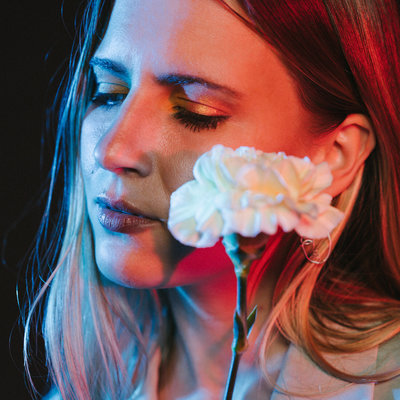 Pop, Basel-Stadt – Emilia Anastazja is a Polish-Swiss singer, songwriter and guitarist based in London. Her musical influences range heavily across all spectrums and... Read Biography

Emilia Anastazja is a Polish-Swiss singer, songwriter and guitarist based in London. Her musical influences range heavily across all spectrums and her love to blend genres like Soul, R&B, Disco and Avant-Pop helps her cultivate her own unique sound. Classically trained and surrounded by Jazz music, she developed a passion for R&B/Soul music and a desire to write her own songs early on. In 2019 she recorded her self-produced debut album 'Blue', followed by a tour through Germany and Switzerland. That same year she released her most popular song to date in collaboration with Swiss producer Audio Dope: The single 'Unconditional', including the official remix, has almost 2 million plays on Spotify alone. Emilia is always collaborating with different artists, appearing on US rapper Lil Durk's latest album 'The Voice' and featuring on the recently released song 'Noa Noa' with London based producer Hemai. Her songs and collaborations have earned her groundbreaking success in recent years, including airplay on BBC Radio 1Xtra and BBC 6Music, and millions of plays on Spotify. In 2021 Emilia Anastazja released her new EP 'Flower House' on which she effortlessly juggles her intriguing blend of influences, all the while succinctly dissecting some of adulthood's most relatable dilemmas. Co-produced with Swiss producer Rico Baumann, the EP provides an intriguing insight into an artist coming into her own and realising the true vision for her musical output.

Registered since over 8 years
Last login on 14 April 2022