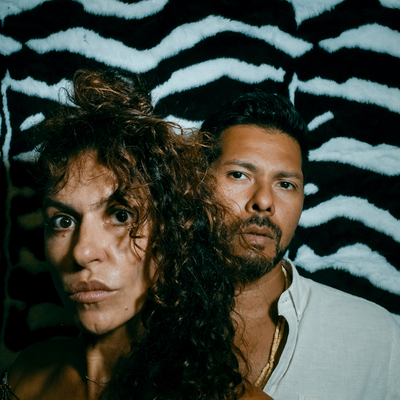 Deep House, Melodic H..., Ticino – Everything Counts, a duo that lives in Italian Switzerland and composed by Toshka and Chris Leon, combinines their different originals and... Read Biography

Everything Counts, a duo that lives in Italian Switzerland and composed by Toshka and Chris Leon, combinines their different originals and backgrounds giving life to an elegant progressive sound with many ethnic and melodic references.

Their partnership began with the debut album in 2018, “The Bedouin“, released on the German 3000Grad Records, a label launched in 2008 by Mollno.Bass.
An EP that with their “Vora“, „Tuareg“ (and the remix by Mollono.Bass), “La Siembra“ and “The Bedouin“ with Shafqat Ali Khan, still has a good feedback.

In 2019 they released with Cosmic Awakenings the EP “Palenque“ with their Original Mix and the remix of the very strong Russian DJ Zuma Dionys, which had a great exploit, and the track “Amber“ with Diass’s interpretation.

The 2019 track “Sphere of Influence“ also received excellent feedbacks and is played by various djs, moreover it was published on Various Artist “Future, Vol. 3“ of Sabb’s Switzerland label.

At the beginning of last year they were released by the well-known and followed label Pipe & Pochet, founded by Patrik Khach in collaboration with Ali Farahani, with “Alumbra“, composed by the track that gives its name to the EP which gained a good success and “Shead“.
Also with the same label, they released the remix of “Sarzanesh“ of Majnoon.
But there are also some news: for their third time with Pipe & Pochet, at the end of August will be released a two track EP, “Chemical“ and “Over Me“, played with positive feedbacks.

Among the past releases, in 2020 there were also the tracks “With You“ and “Free of Mind“ on the EP Unity Three with Dio S for Seven Villas, the Spanish label of Pablo Bolivar.

Another collaboration they care about from 2020, with Ascetix, pseudonym of Socko, is “Somewhere“, track released with Roze’s French label And Other Moods on the Various Artist “Various Moods 001“.

The hot summer 2021 of Everything Counts is signing by a major release: their “Mbodiene“, released on MoBlack Records last January 22nd, is out from July 2nd on the famous compilation named after the famous Buddha Bar club of the same name - "Peace & Love & Summer”, by the Parisian of Mauritanian origin resident DJ Ravin, which has been active for more than twenty years.

Another successful release for them, also on MoBlack Records, which reached 120 thousand listens on Spotify, is the remix of "Mona Ki Ngi Xica" by the famous Angolan singer Bonga. On vinyl, two remixed versions of the song have been released: theirs and that of Pablo Ferro, guru of the African world.

Meanwhile, there is also radio in their present: they collaborate with Pure Ibiza Radio with their Radio Show "Be with you", broadcast every Thursday from 5 pm to 6 pm.

And it is precisely the radio that is the protagonist of their important collaboration that began in July with Rete 3, the most important radio station of The Italian Swiss Radio and Television, launched in 1988. They are air every Saturday of the month with their Radio Show from 10 pm to 11 pm.

For Everything Counts, many future projects and collaborations in the process for 2021, as well as a great desire to return to bringing their music to clubs.
At the end of summer a remix will be released for a track by Leo Guardo released on the Wired label of Enzo Siffredi.

Registered since about 2 years
Last login on 12 November 2021